You are here: Home › South Side Education News & Notes 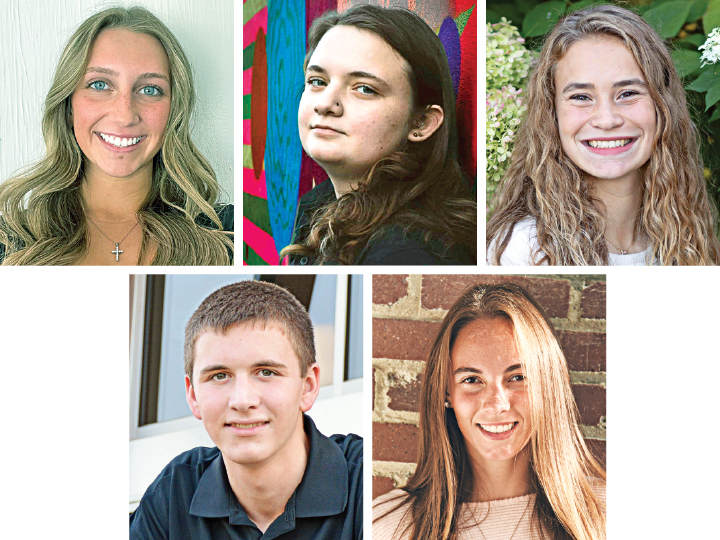 LAKEMORE — The Springfield Local Schools Board of Education (BOE) approved a collective bargaining agreement for Ohio Association of Public-School Employees (OAPSE) 530 and the five-year forecast at a special May 24 meeting.
According to district documents, the OAPSE agreement is a one-year extension of the current contract with a one-time stipend payment of $275 for each member. There also was an amendment to clarify eligibility dates.
The five-year forecast projects deficits without the passage of a new levy. According to Treasurer Chris Adams, 2026 shows a deficit of $1,690,628, but if a levy passes in the Nov. 8 General Election, the balance would be $4,432,832. Adams added the state wants to see a $3 million balance at the end of each year, and without it, the district will be moved into the state’s fiscal emergency category.
The Ohio Auditor of State’s Office moved Springfield Local Schools into fiscal watch in September 2021, after it was placed in fiscal caution in October 2020.
In other business, the board approved:
• a voluntary release from employment due to a reduction in force for financial reasons of Regina Carson, effective the 2022-23 school year; and
• for the extended school year: summer school teachers to be paid $28.25 hourly, up to a maximum of 64 hours, including Kaitlyn Benner, Mary Beth Mitchell, Carol Tolson and Melanie Smethers; and aides at $14.57 per hour, with a maximum of 56 hours, including Julie Davis, Vicki Kirby, Theda Millhoff, Amy Ternosky, Meredith Williams, Vera Rodgers, Kathy Ray, Tracy Cole and Jan Kidd, with both groups to be paid using federal funds.
The next regular school board meeting will be held June 21 at 6 p.m. at Springfield High School and Junior High, located at 1880 Canton Road. The meeting is also livestreamed on the district’s YouTube channel, with a link available at springfieldspartans.org, under “Board of Education.”

GREEN — The Green High School Alumni Association has awarded five $1,000 scholarships to graduating seniors planning to attend a university or college this fall.
The scholarship winners include: Samantha DeMuesy, to study finance and graphic design at Miami University; Faith Jester, graphic design at Kent State University (KSU); Emma Ludrosky, aerospace engineering at Case Western Reserve University; Riley Schaefer, emerging media and technology at KSU; and Faith Schrock, molecular genetics at The Ohio State University.
The scholarship winners, as well as the Class of 1972, will be honored at the group’s Alumni Banquet, to be held June 5 at 4 p.m. at Raintree Golf and Event Center, 4350 Mayfair Road.
For more information, contact Karen Carmack Stadler at 330-896-4025 or [email protected]

AKRON — Akron Public Schools (APS) has named National Inventors Hall of Fame® Science, Technology, Engineering and Mathematics (STEM) Middle School science teacher Christine Justiss as Teacher of the Year from a field of eight finalists.
According to APS officials, the selection process for the award began with school-building-level teacher of the year awards made this winter.
Justiss has been with APS for 22 years and at the STEM school for 13. Prior to that, she was a teacher at Innes Middle School. She graduated from APS, earned a bachelor’s degree from The University of Akron and returned to APS to teach. She also earned a master’s from UA.
“My goal as an educator is to inspire all of my learners of diverse backgrounds to succeed,” said Justiss in her application.” I believe teaching is the greatest calling and that we have the responsibility to prepare today’s students for tomorrow’s jobs that may not even exist today.”
“Teachers have learned new technology, have become gifted at delivering their lessons in varying formats and have done it all with grace and efficiency,” said Superintendent Christine Fowler Mack. “We really can never thank teachers enough for the difference they make to our scholars, their families and the very future of this community.”
The other finalists for APS Teacher of the Year were:
• Elementary Division — Allonna Stefanik, Helen Arnold Community Learning Center (CLC); Monique Swain, I PROMISE School; Christy Uhren, Voris CLC; and Lori Whipple, King CLC; and
• Secondary Division — Megan Houk, Miller South School for the Visual and Performing Arts; Lucrecia Rogers, Firestone CLC; and Christopher Sims, Kenmore-Garfield High School.

Please support Leader Publications as we continue to provide the community with local news.

Click the link below for more information on our 2020 Voluntary Subscription Drive!

Related Questions and Answer about "South Side Education News & Notes"

What political side does Fox News support?

Fox News Channel has been described as a conservative media, and as providing biased reporting in favor of conservative political positions, the Republican Party, and President Donald Trump.

What school district is south side?

Which side is South East in Nigeria?

The region is located between latitudes 4 and 7 degrees north of the Equator and between longitudes 7 and 9 degrees east. In geo-political terms, it contains nine out of the 36 states of the nation, namely Abia, Akwa Ibom, Anambra, Bayelsa, Cross River, Ebonyi, Enugu, Imo and Rivers States.

What is considered the south side of Milwaukee?

South Side. (where most or all of the neighborhood is north of Bolivar, west of Howell, south of the Menomonee River Valley, and east of 27th St.)

Letters of Note is a collection of over one hundred of the world's most entertaining, inspiring and unusual letters, based on the seismically popular website of the same name - an online museum of correspondence visited by over 70 million people.

What is organizational Behaviour notes?

Why do we sleep notes?

What is political theory notes?

Political theory deals with the ideas and principles that shape Constitutions, governments and social life in a systematic manner. • It clarifies the meaning of concepts such as freedom, equality, justice, democracy, secularism and so on.

What is political sociology notes?

Who is secretary Education South Punjab?