You are here: Home › Six space firms share in $5.5m from Moon to Mars program 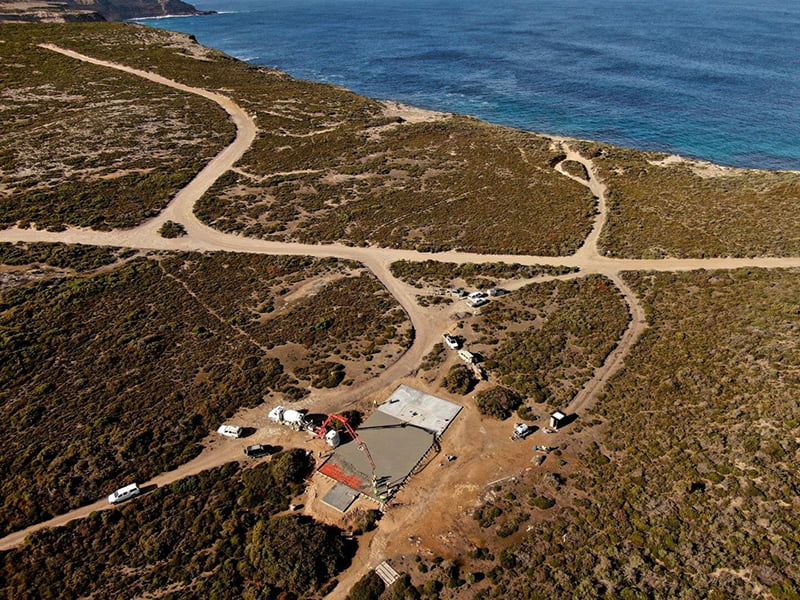 Six Australian space firms have shared in just under $5.5 million as part of the latest round of the federal government’s Moon to Mars Supply Chain Capability Improvement grants.

Around $5.46 million in grants were awarded through the fifth intake of the Supply Chain Improvement program, with just under $11.7 million of the $25.7 million available through this scheme having been distributed so far.

Companies are able to apply for the $250,000 to $1 million grants, to cover up to 75 per cent of projects costs. Applications can be submitted anytime until 1 May 2023, with the next intake closing on 16 June.

Adelaide-based Southern Launch has received $986,568 for development of a mobile launch rail for sub-orbital vehicles weighing between 20kg and 3,500kg. The launcher will allow further testing to be undertaken at the company’s Koonibba Test Range and Whalers Way Orbital Launch Complex, both in South Australia.

Canberra-based and UNSW Canberra Space spinoff Skykraft has landed $978,000 to facilitate pointing accuracy upgrades to its proprietary Attitude Determination and Control System. Pointing refers to the direction a spacecraft faces, also known as its attitude.

Currently the firm’s earth observation platform is being developed for air traffic management services to be delivered through a constellation of low earth orbit spacecraft. The upgrade will make it capable of supporting earth observation payloads for a mission to the moon. In 2023, it will undergo flight qualification for Technical Readiness Level 9, the last stage before full commercial deployment.

Brisbane-based Valiant Space has received $750,000 to continue developing an in-space non-toxic propulsion system. This will include two demonstration flights of Valiant’s VS-1 thruster hardware. The firm in June 2021 received $200,000 through the Moon to Mars Initiative Demonstrator Feasibility Grant program to integrate its thruster with a Skykraft satellite bus.

Melbourne-based NextAero has scored the maximum $1 million to improve its current testing capability for portable liquid rocket engines. NextAero will produce a High Thrust test Stand capable of withstanding force greater than 30 kilonewtons. The firm is currently capable of testing small scale prototype thrust engines that produce one to three kilonewtons of force.

The $150 million Moon to Mars initiative is administered through the Australian Space Agency. It is intended to allow Australian firms to participate in the United States-led public-private Moon to Mars exploration program which includes NASA’s Artemis program, which expects to return humans to the moon in 2024.

The Moon to Mars program was announced in March 2021 as a part of the Morrison government’s $800 million Australian Civil Space Strategy 2019-2028. The space sector was also one of the six national manufacturing priorities under the Coalition’s flagship industrial support program, the Modern Manufacturing Initiative.

Deputy Prime Minister and former Shadow Minister for Science Richard Marles has previously welcomed the Moon to Mars grants. At the end of 2021, Mr Marles also called for the further government support for the space sector.

Prime Minister Anthony Albanese has yet to make any commitments to the space sector but has pledged to create a $15 billion National Reconstruction. The funds will be distributed by an independent board, similar to the Clean Energy Finance Corporation, through loans, equity, and guarantees  This includes a $1 billion critical technologies fund and a $1 billion advanced manufacturing fund.

The federal government is aiming to produce another budget in October this year.

Do you know more? Contact James Riley via Email.

Related Questions and Answer about "Six space firms share in $5.5m from Moon to Mars program"

What is the name of UAE space mission to Mars?

What is the Act Six program?

Act Six provides full scholarships and leadership training for emerging urban and community leaders who want to use their college education to make a difference on campus and in their communities at home.

How long will it take to get samples from Mars?

The engineers and scientists who designed and built Perseverance waited nearly 10 years for the rover to reach Jezero Crater and collect its first sample. But they'll have to wait at least another decade to get their hands on that rock.

OVER the course of just 10 days in February 2021, three missions arrived at Mars. The first was the United Arab Emirates's Hope orbiter, which entered orbit on 9 February. Hope is the UAE's first interplanetary mission. While some of its systems couldn't be tested on Earth, the entry went smoothly.

Does UCF have a space program?

Taking Space Research Above and Beyondnn Founded in 1963 with the mission to provide talent for Central Florida and the growing U.S. space program, UCF has been making an impact on our state, our nation — and outer space — ever since.

Does Florida have a space program?

What is the Florida Space Program?

Space Florida is the aerospace economic development agency of the State of Florida. The agency was created by consolidating three existing state space entities into a single new organization via the Space Florida Act, enacted in May 2006 by the Florida Legislature.

How do you get samples back from Mars?

The Mars Ascent Vehicle will carry the container of samples into orbit around Mars and release it. Another spacecraft, the Earth Return Orbiter, will detect the sample container and collect it, before returning to Earth.

How does the Philippine space program contribute to nation building?

The establishment of the Philippine Space Agency (PhilSA) would contribute to the country's growth and nation-building according to the Executive Director of the Department of Science and Technology-Philippine Council for Industry, Energy and Emerging Technology Research and Development (DOST-PCIEERD).

What happened to number 5 from Texas?