You are here: Home › People saw stablecoins as a safe haven. They lost everything when Terra crashed

People saw stablecoins as a safe haven. They lost everything when Terra crashed 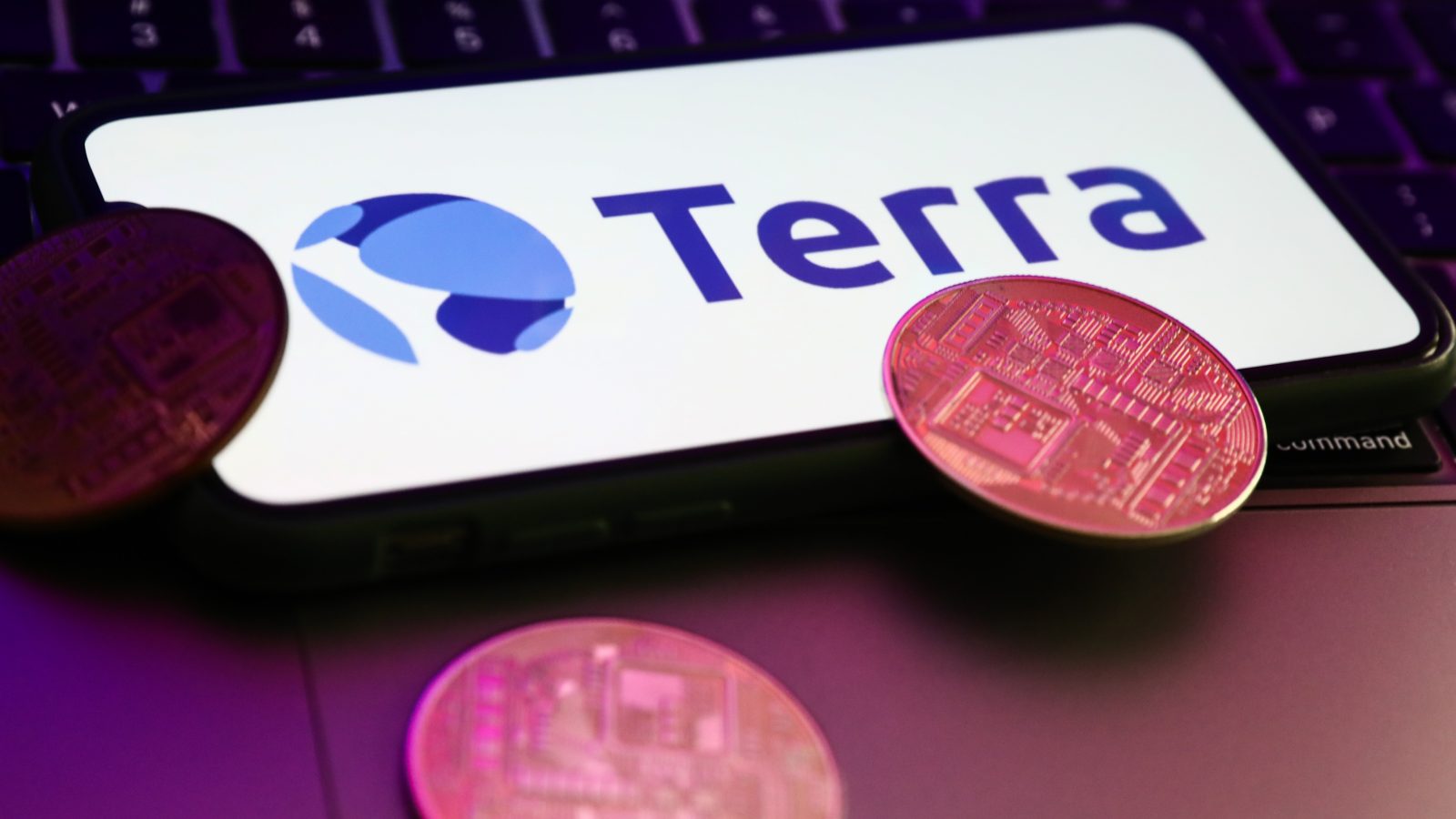 Valeria makes around $300 a month selling prepared food from her home in Buenos Aires. The 47-year-old was nervous about keeping the money saved in Argentine pesos because of the country’s inflation rate, which passed an annualized 50% earlier this year. So she put more than $1,000 — all her savings, plus $500 her friend lent her to buy a new refrigerator — into TerraUSD (UST), a cryptocurrency stablecoin that was advertised as being pegged 1-to-1 with the U.S. dollar.

Valeria, like others interviewed for this piece, is being identified by only her first name, to preserve her privacy.

While cryptocurrencies such as bitcoin have a reputation for volatility, stablecoins present a promise of security. Typically their prices are tied to a hard currency, like the U.S. dollar, or a commodity, like oil or precious metals. Some, like UST, can also be used to generate yields via protocols, such as Mars and Anchor, whereby users receive a variable or fixed interest rate when they deposit their stablecoins.

Valeria had spent months learning about UST before starting to invest in various protocols about four months ago. In mid-May, the stablecoin lost its peg, meaning that its value diverged from that of the dollar, and its price plunged to mere cents. Valeria watched her savings dwindle to zero, unable to remove the money from the protocols, which had blocked withdrawals. “I invested in a stablecoin that today is worth $0.08,” she told Rest of World. “I feel sickened and helpless.”

The apparent security of stablecoins has made them attractive to people in countries that experience high inflation or currency devaluations, such as Argentina, Iran, and Nigeria. The UST crash, which has hit other crypto assets, shattered that illusion. Valeria is one of more than a dozen people Rest of World spoke with, from countries including Argentina, Venezuela, Iran, Iraq, and Nigeria, who invested in UST — the third-largest stablecoin — and its accompanying Luna token, and who said they have now lost tens of thousands of dollars in savings.

“They scammed [me],” Mudasir, a UST holder from Pakistan, told Rest of World. “I have nothing left, not even a penny.”

While earlier cryptocurrencies like Bitcoin were often most accessible only to people with backgrounds in tech or finance, stablecoins offered a more accessible entry point for people looking to save, according to Pablo Sabbatella, director at Defy Education, an Argentinian crypto education company. “A lot of people that are not deep into crypto started using stablecoins as a way of saving money because you cannot buy [U.S.] dollars legally [in Argentina],” Sabbatella told Rest of World. Argentina’s central bank banned people from buying dollars for the purpose of saving in 2012, with the aim of protecting its foreign reserves. Argentina ranked 10th on the crypto intelligence firm Chainalysis’s 2021 global adoption index, which measured a major surge of cryptocurrency adoption across South America starting in late 2020.

But while users were flocking to UST for its perceived stability, according to Sabbatella, few understood that it still had inherent risks. Unlike other stablecoin providers that claim to hold reserves tied to the underlying asset they track, such as Tether, UST wasn’t backed by actual U.S. dollars but rather a complex algorithmic system that maintained the peg through a network of traders in underlying cryptocurrency Luna. In what some experts suggest may have been a coordinated maneuver, a massive push to buy UST caused the stablecoin to lose its peg, resulting in a bank run — and ensuing death spiral — where holders rushed to sell.

One Argentinian told Rest of World that they invested in UST because of the country’s inflation and devaluation of the peso. They lost $17,000. “I felt betrayed by [crypto exchange] Binance for promoting this as safe and stable,” they said. Another, who put his money into Terra-based protocols, said UST was popular in Argentina because “of the people’s need to access a reliable and stable currency.” He lost 90% of his holdings, describing UST as a “scam.”

Binance and Terra did not respond to a request for comment.

“Terra was considered to be such a safe and reliable savings protocol, so it had the trust of a lot of smart and sophisticated people in the crypto world.”

Rest of World heard similar stories from across the world. Amin Eftegarie is a 33-year-old former business owner with an interest in finance and equities, who has dabbled in cryptocurrency since 2012. Originally from Iran, he currently lives in the Netherlands. He’s recently become interested in DeFi, or decentralized finance, which allows for blockchain applications that promise high interest rates.

“A lot of people see high yields, and they just put in a lot of money,” Eftegarie told Rest of World. “Terra was considered to be such a safe and reliable savings protocol, so it had the trust of a lot of smart and sophisticated people in the crypto world.” Eftegarie held around $8,000 in UST himself.

After Terra’s collapse, Eftegarie began tweeting ways he thought the coin’s founders could compensate users for their losses. He started to receive direct messages from hundreds of people who had lost money. He started posting screenshots on his Twitter, to, he said, “help people understand the human suffering,” which just increased the flood of DMs. “People had nowhere to go,” he said. “They were really desperate for answers.”

He began to notice an interesting pattern in the messages — they were disproportionately from people who lived in countries with volatile currencies. Many were from his home country of Iran. “When people receive their salaries, they often want to put it in some kind of assets that can absorb the inflation,” Eftegarie said. He later participated in a Twitter Spaces in Farsi for Iranians who had lost money.

Rest of World spoke with six people who originally reached out to Eftegarie and reviewed further correspondence that he received. All had similar testimonials about putting their faith in an asset they thought was stable and losing everything. Muhammad, a 30-year-old from Egypt, said that he learned about Luna from YouTubers who said that it would reach $1,000. He bought 1,000 tokens at $88. One token is now currently worth less than $0.0002. “Now I have nothing,” he said.

In Nigeria, Bitcoin and some stablecoins have remained popular despite central bank regulations that have made it challenging to trade them. Cryptocurrency adoption in the country continues to grow, and Nigeria ranks sixth on the Chainalysis 2021 Global Crypto Adoption Index, up from eight in 2020. Tokens such as Tether are used to transfer funds internationally and as a hedge against the country’s fluctuating local currency, which has lost over 70% of its value since 2014.

Some Nigerian traders lost out during May’s crash.“I think, like every other market, Nigerians were met with disbelief, shock, and disappointment, and so the reactions that we saw globally also found their way into the country,” said an employee of a prominent cryptocurrency trading platform in the region, speaking on condition of anonymity because they were not authorized to talk to the media. “I personally know one person who lost nearly $1 million during the crash,” the individual said, “but we have a culture of being quiet when something doesn’t go our way, so you won’t see many people tweet about stuff like this.”

One Nigerian investment manager and longtime investor in cryptocurrencies, who also asked not to be named to protect his private financial information, told Rest of World that he suspected the algorithmically-backed UST might not be sustainable, “but I didn’t expect it to implode at this time.” He added that he invests for the long haul and frequently buys more digital assets when the prices fall. He said that during the recent crash, he “bought the dip” when Luna dropped to $20 a token, but the value kept declining. “I thought it still had a lot of reserves to defend the UST, and that’s the reason why I bought the dip, but now my portfolio was wiped out,” he explained.

He, like some others who spoke with Rest of World, remain bullish about crypto in general. “People like me came into crypto super early, so despite the fact that the market is down, we came in when it sold Bitcoin at $3,000 and Ethereum at $500, so you’re not doing that badly despite … the crash,” he said. Bitcoin is currently trading at nearly $30,000, and Ethereum at close to $2,000.

“I bought the dip, but now my portfolio was wiped out.”

But newer market entrants who have suffered in the crash are less likely to return. “The impact of what happened [in mid-May] will be, by far, the biggest negative impact that crypto has ever had in Latin America,” Sabbatella said. He’s personally still optimistic: on May 13, when TerraUSD had dropped more than 85%, he offered 20 full scholarships to his education program on Twitter, writing, “Do you have a friend that lost lots of money without understanding why?” He received 800 applications.

However, he acknowledges that it will be hard for the sector to recover its reputation. “Lots of people lost money they couldn’t lose,” he said. “They don’t care if it’s an algorithmic stablecoin, a collateralized stablecoin, decentralized, or what — their attitude will be, crypto fucked me, I lost all my money. I won’t come back.”

Related Questions and Answer about "People saw stablecoins as a safe haven. They lost everything when Terra crashed"

What rank was Michigan when they lost to Appalachian State?

Michigan finished their season 9–4, winning the Capital One Bowl, and ranked No. 18 in the final AP Poll. A rematch in 2014 at Michigan Stadium was won decisively by the Wolverines, 52–14. The 2014 rematch was the Mountaineers' first game as an FBS school.

Do people think about you as much as you think they do?

People don't think about you as much as you think they do.nn Most of the people around you think in terms of themselves and what affects them and their lives. You and your choices rarely come anywhere near their radar, and if they do, it's not as often as you might think.

Is Saw a true story?

Of all the ways to describe the Saw horror movies, "inspired by a true story" probably isn't one that's commonly thought of. However, the basis of the first film is loosely based on a couple of real events and people that inspired the creators of this long-running horror franchise.

When you change everything will change?

"If you will change, everything will change for you. Don't wait for things to change. Change doesn't start out there.

When did Piper leave Lock Haven?

A subsidiary of Lear Siegler, Inc., Piper announced on May 1 that it would close the Lock Haven plant. Manufacturing and marketing operations would be moved to divisions at Lakeland and Vero Beach, Fla. The official shutdown came Aug. 1.

When did Lock Haven become university?

By 1927 it was known as the State Teachers College in Lock Haven and in 1960 the name was changed to Lock Haven State College. In 1983, the school joined the Pennsylvania State System of Higher Education and became known as Lock Haven University of Pennsylvania.

Is New Haven the same as Yale?

The University of New Haven, founded on the Yale campus in 1920, is a private, coeducational university that has been recognized by The Princeton Review and U.S. News x26amp; World Report for academic excellence.

Do they check permits on Lost Coast trail?

What would happen if a school bus crashed?

In many cases, the bus driver was probably negligent and, therefore, would be responsible for any losses suffered due to the school bus accident. If this is the case, there is a chance you may be able to sue the bus driver and file a claim with his or her insurance.