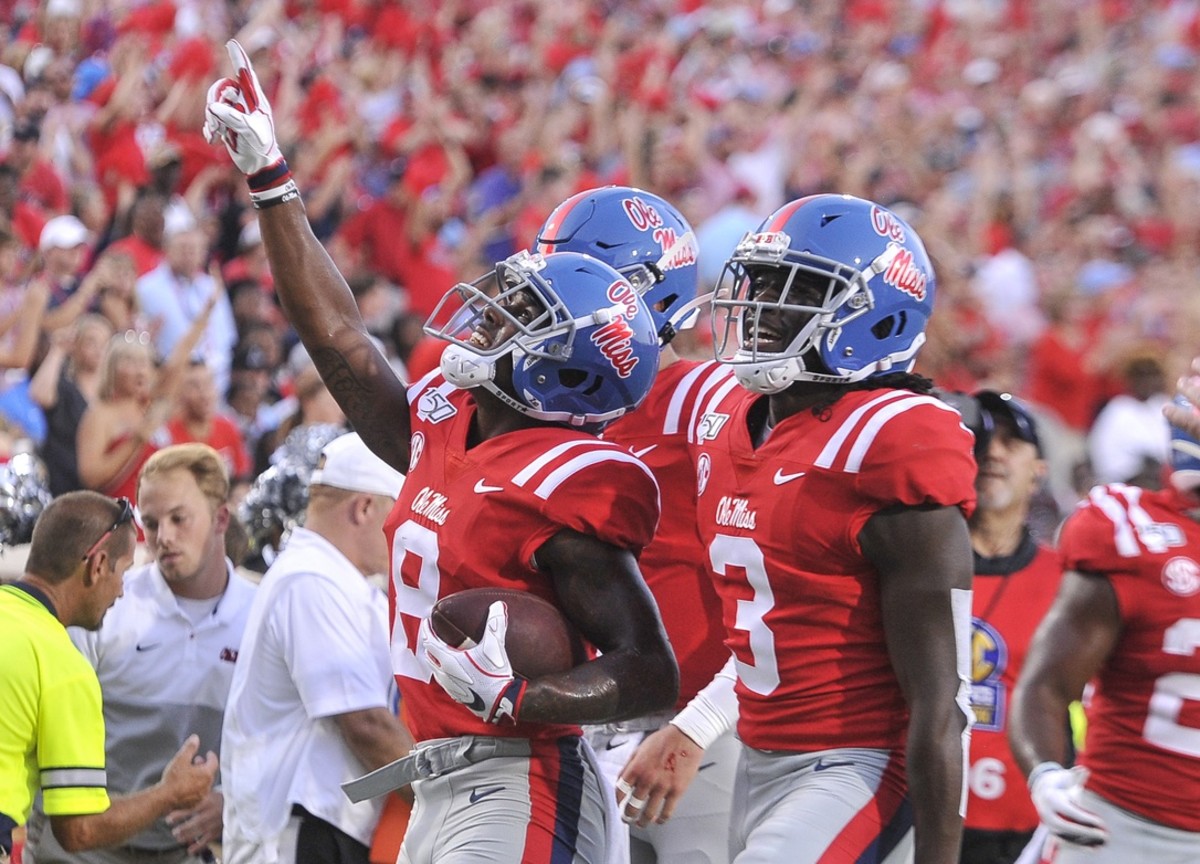 With former wide receiver Elijah Moore as evidence, here’s why the Rebels need to continue to recruit in South Florida.

FORT LAUDERDALE - Talent is where you find it. In the case of Florida football recruiting, it’s also a case of, is there a spot where one does not find talent in the Sunshine State? That’s especially true in the southernmost section of the state of Florida.

If you need skill position talent, it’s hard to match what the counties of Broward and Dade produce, i.e. Fort Lauderdale and Miami. For example, four of the five starting defensive backs for the Alabama 2020 National Championship team come from the greater Fort Lauderdale area. Yes, four out of five. One of the reasons those four players prove to be successful is a coveted trait: speed. 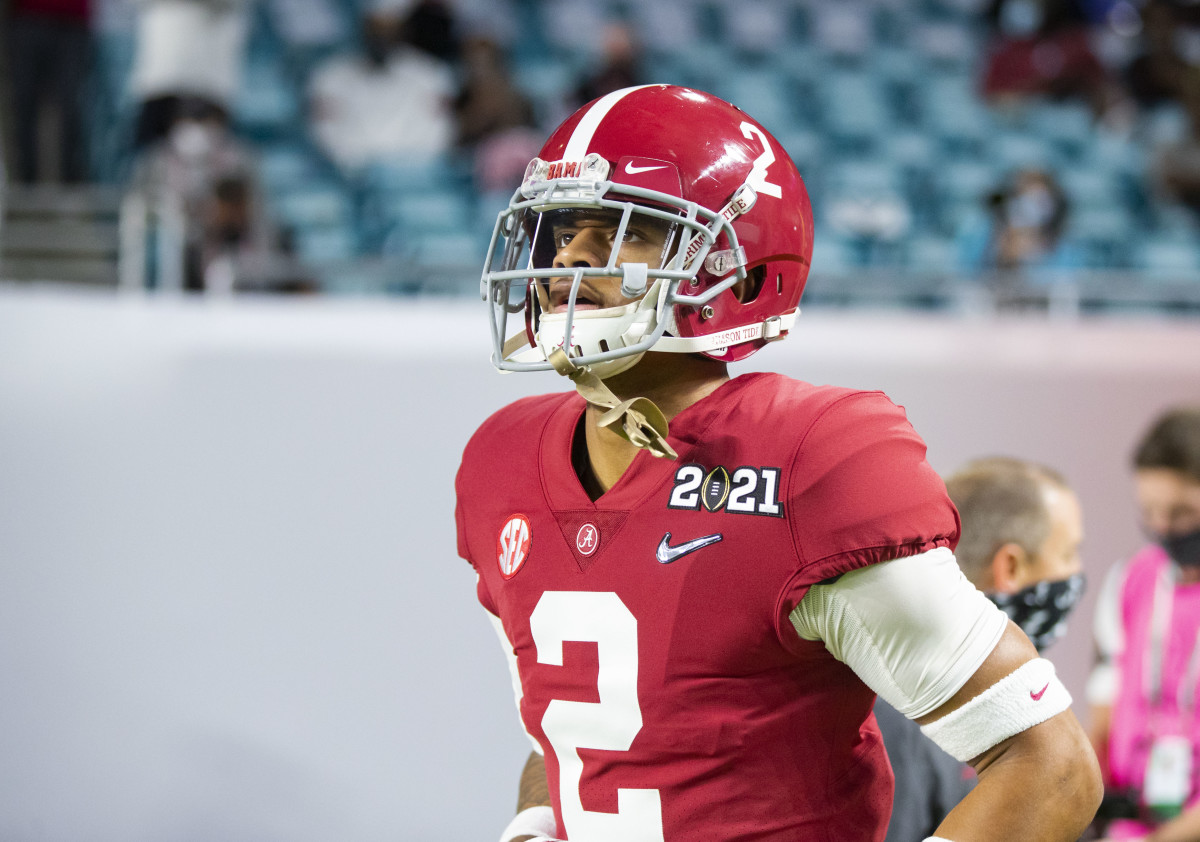 After playing for American Heritage in Broward County, then for Alabama, Patrick Surtain, Jr. is selected by the Denver Broncos with the 9th overall pick in the 2021 NFL Draft.

Just how fast the players are from this area of Florida is a great starting point. This is the same location Ole Miss has been active for several years, as noted with the Rebels signing six players from South Florida from 2018-2022. One of those players was Elijah Moore (wide receiver - Fort Lauderdale Saint Thomas Aquinas), that became a Rebel while signing in 2018.

While only a three star recruit by 247 Sports coming out of high school, once in Oxford, Moore’s production is hard to overlook. In 2019, his breakout sophomore season of 67 receptions, 850 yards, and six touchdowns show that he’s one of the SEC’s best talents. In 2020, with Lane Kiffin now at the helm, the Ole Miss passing game shined with Moore, as he doubled down with an even better performance. 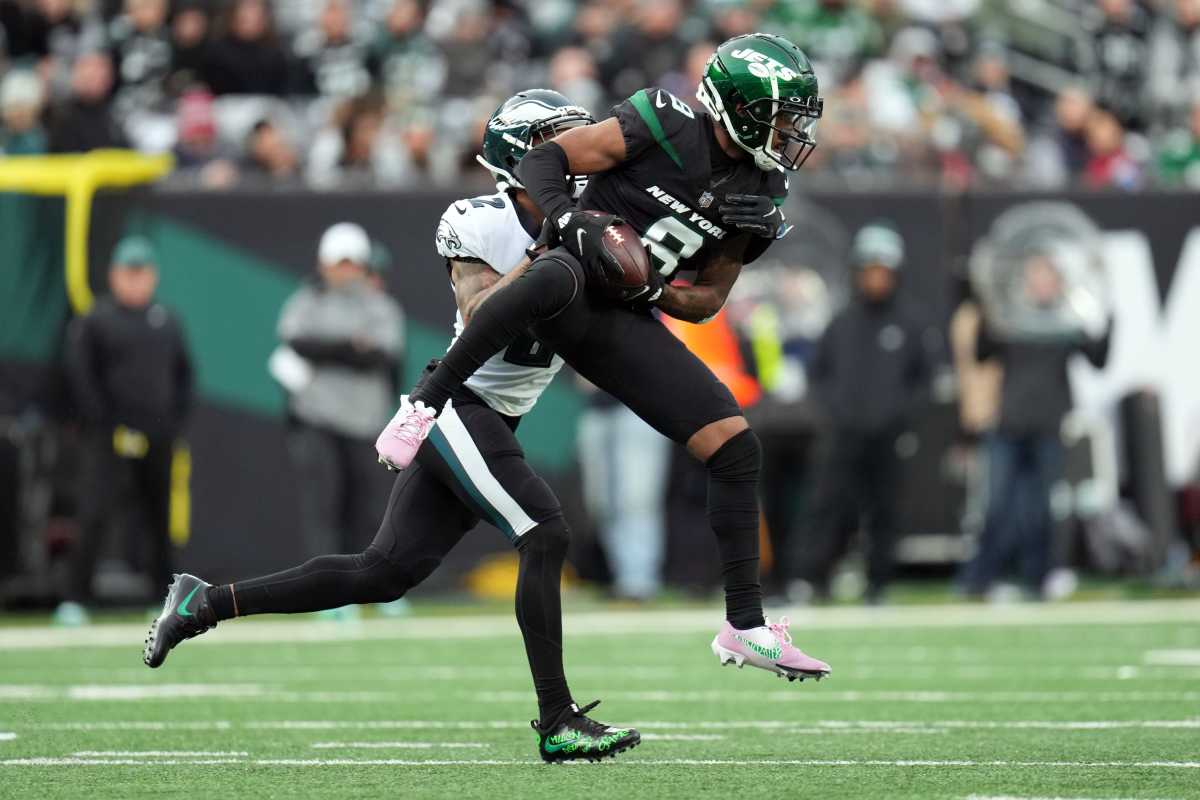 Now in the NFl, Elijah Moore is a great example of why the Rebels need to recruit in South Florida.

Moore’s fantastic career in Oxford and budding NFL career is all but unquestioned. To have that chance, he shined during his prep career.

His playing days at Saint Thomas Aquinas was a place to truly start to hone his craft, as well as compete against elite players and teams each week. That certainly helps when transitioning to SEC Football. To be clear, this is not just during the season.

South Florida is different from most high school football hotbeds. For whatever the reason, the players are just driven to a point that’s hard to place into finite terms. That matters when determining which prospects the Ole Miss coaching staff should offer a scholarship, and Moore is a great example. 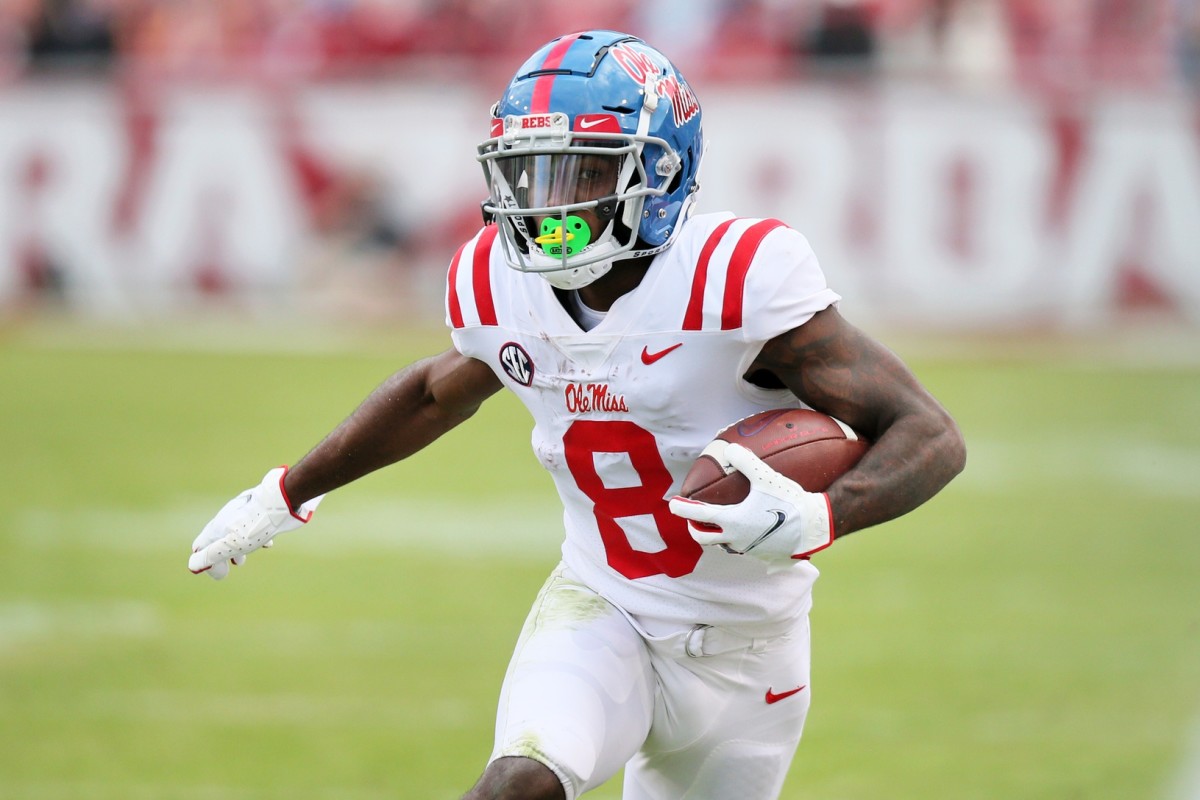 Who's the next impact recruit for the Rebels from South Florida? If that player is any place near as good as Elijah Moore, the Rebels are in good shape.

When push comes to shove for the Rebels, look for Kiffin and his staff to go after players in and around Fort Lauderdale and Miami. The talent is undeniable. That’s not the only spot for the Rebels to recruit in Florida, and that will be Friday’s discussion point: Ole Miss expanding its Florida recruiting territory.

Want the latest in breaking news and insider information on the Rebels? Click Here.

Lane KiffinOXFORD — Ole Miss football coach Lane Kiffin is filling out his third staff in three years as Rebels football coach. Kiffin's staff has experienced plenty of turnover after a 10-3 season and a trip to the Sugar Bowl.

What channel is Ole Miss and Mississippi State?

How to watch Ole Miss baseball vs. Mississippi State on TV, live stream. SEC Network is channel 611 on DirecTV, channel 404 or 408 on Dish Network, and channel 75 or 575 on Verizon FiOS.

What is Ole Miss Opportunity?

Through our Ole Miss Opportunity program, the University guarantees that eligible Mississippi resident students will receive financial aid support to cover the average cost of tuition, residence hall housing, and an allowance for meals.

Who transferred to Ole Miss?

Does Ole Miss have basketball?

Why is it Ole Miss?

The school got its nickname from the name for the student yearbook, The Ole Miss Annual. The yearbook was published for the first time in 1896. 'Ole miss' was a term slaves used to refer to the wife of a plantation owner.

Although there is nothing quite like visiting the Ole Miss campus in person, we are now offering 30-minute, virtual information sessions with an Admissions staff member.

Does Ole Miss give good scholarships?

63.0% of new students (2,158 total) were awarded scholarships at University of Mississippi, averaging $11,047 per student. This ranks in the top 40th percentile of all colleges in the nation. As well as scholarships, 22.0% of freshman students (757 total) obtained a federal grant, for about $5,165 a piece.

What is Sumners Grant ole miss?

The E. H. Sumners Endowed Scholarships are awarded from endowed funds to full-time undergraduate academically qualified students who legally reside in one of the five counties of Mississippi. The specific amounts for awards will be determined by an annual review of available funds. E. H.