For most, a handful of places impact your life’s trajectory. For the Everson’s newest Trustee, Bishop Dr. H. Bernard Alex, the Everson is one of those places.

As a child, Bernard had an insider’s view of the museum, exploring every inch of the I.M. Pei-designed building that his father managed and meticulously cared for.

As a high school student, Bernard stood on the Everson’s auditorium stage and nailed an audition for a vocal scholarship to the Metropolitan School of Arts. This led to studying with world-renowned vocal coach, Jo Estill, and performing in places he had only dreamed of visiting.

Bernard’s father, Gus Alex, was the Everson’s beloved superintendent for over 32 years and his longstanding career at the Everson exposed him and his children to many significant events in the museum’s history. 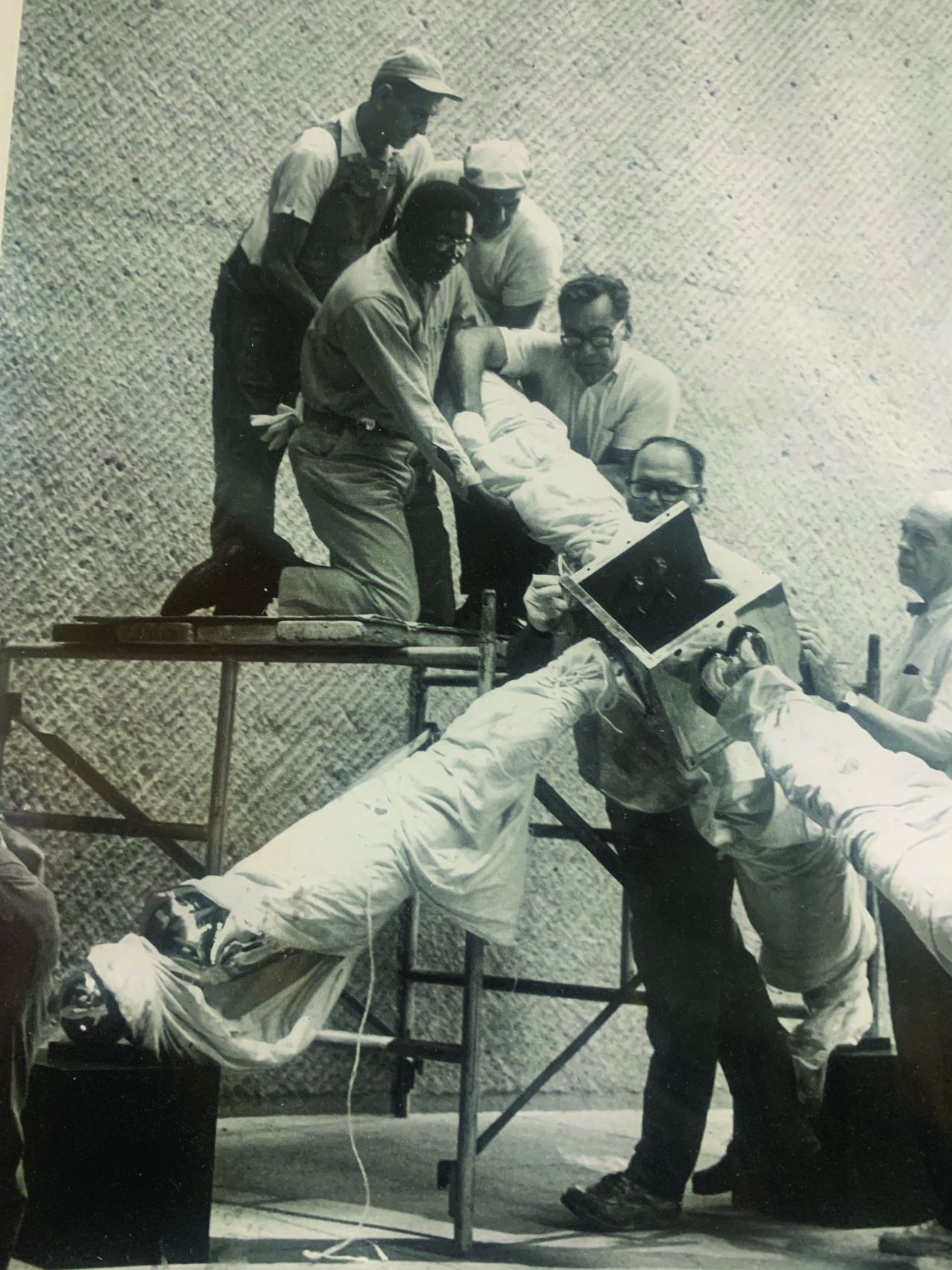 Gus Alex and Everson team installing a sculpture at the Everson Museum of Art.

“I remember when the Jackson Five came to visit in ‘75, and I got to meet them and have lunch with them in the conference room. That was a big deal for me,” Bernard recalls.

“I remember the day the Scarab Vase was stolen, when Yoko Ono and John Lennon came, and the protests around the Boys Playing Soccer piece.” Boys Playing Soccer is a John de Andrea sculpture depicting two nude boys playing soccer. It caused major controversy at the museum when it was debuted in a 1972 exhibition and was even critiqued by the New York Times.

Recounting the momentous occasions that his father witnessed and contributed to gave Bernard an appreciation for how art can impact societal structures. “I was exposed to the world because of the Everson.”

“My perspective of artists was different than other people I grew up with. They might have seen them as bohemian or hippies, but I saw them as people who had a 360-degree view of the world. I remember standing and staring at the depth of color in a piece by Maxfield Parrish and just getting lost in it. Looking at the water, I thought, ‘one day I’m going to see places like that,’ and I have. I’ve sung at concert halls all over, and it all started in the Everson auditorium.”

Gus’s career with the Everson had other lasting impacts. It inspired him to explore his own artistic talents.

Unbeknownst to his family, Gus began painting abstracts and as his hobby grew, so did the size of his art. “They became larger and larger, he started painting these huge canvases,” says Bernard. “Now, each of us children have one of his paintings hanging in our home.”

Gus even had a show at the Community Folk Art Center and continued to be an avid painter long after his retirement from the Everson in 1996. “To think that my father, from just being in that space… it woke something in this man of very few words.”

In Gus’s early years working as a janitor in the evenings, the museum, then called the Syracuse Museum of Fine Art, was located on James Street, and as Bernard tells it, “He couldn’t read when he started, and his work orders would be written out for him on a yellow legal pad. So, he would run from the Everson to where we were living in the projects on Townsend, have my mother read the work orders for him, then run back before anyone knew.”

As resourceful as he was, Gus’s illiteracy was a source of frustration and pain. “At one point when I was little, I remember asking him, ‘Daddy, can you read me this book’. He just put his head down and walked outside,” says Bernard.

“The next thing I knew, my father was going to night school.”

Gus began attending Washington Irving night school after working full days at the Everson. “It showed me that whatever your lot in life, you can adjust and change. You can pivot and move in a new direction.”

This valuable lesson took Bernard on a journey from vocal performer (a practice he continues), to curriculum writer, and ultimately to his calling as a pastor, community leader, and activist. As a pastor for thirty years now, the last twenty for Victory Temple Fellowship Church, Bernard’s work brings need-based programs to Syracuse’s Northside community and beyond. 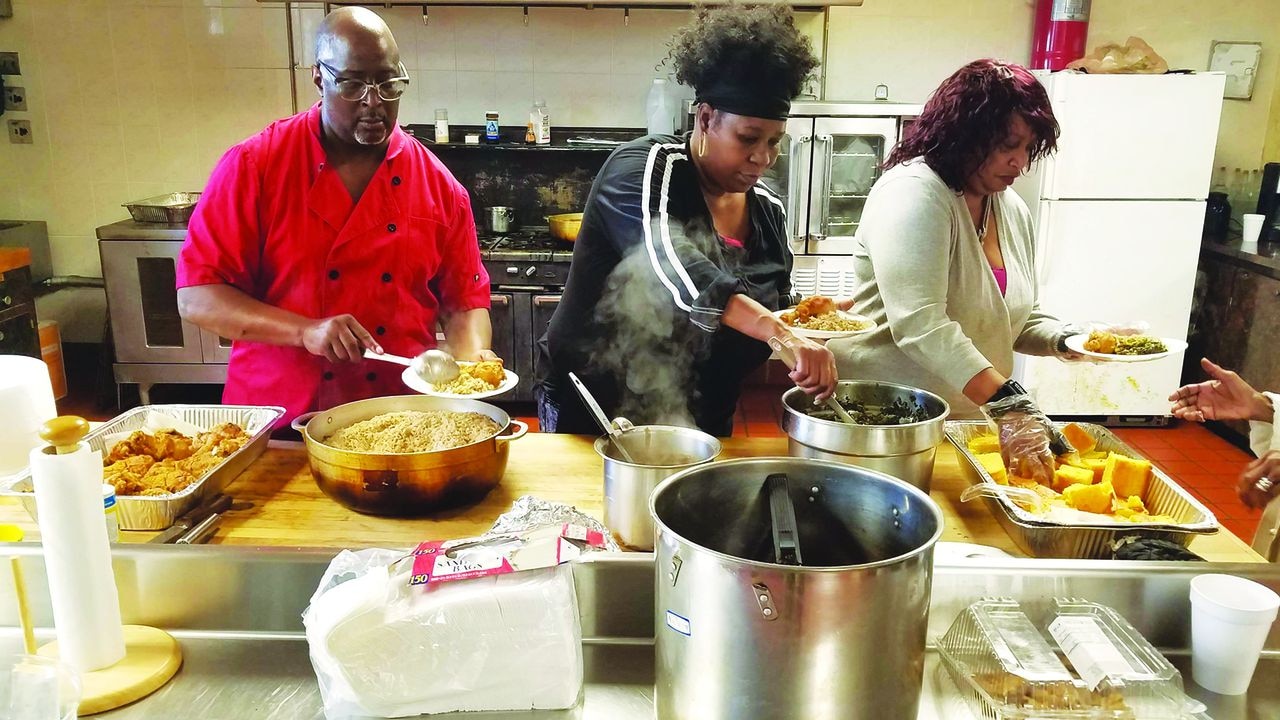 “Our mission is to meet and serve the community with a consistency of compassion and care,” explains Bernard. He especially takes pride in his church’s community feeding program, for which he is the lead cook.

The programs he coordinates emerge from conversations with the members of his congregation and community. After learning that one young mother was washing her children’s clothes with dish soap, Bernard partnered with Crouse Hospital to organize a laundry supply giveaway. After four giveaways, they have served nearly a thousand Northside residents.

Another resident noted the lack of activities for families and children near the Skyline Apartments. Bernard responded by partnering with the City of Syracuse, Healthy Start, area business owners, and Crouse Hospital to put on a community-wide festival.

During the height of the pandemic, his church was selected by the Onondaga County Office of Social Services as a site for administering its rental assistance program.

“Because people in the community trust us and may not be as willing to work with the county office, we were able to process them through the system and get them the assistance they needed,” explains Bernard. “We met people where they were, without judgment, without unnecessary questions. If you met the requirement, we helped you out, that’s it.”

Now, as a newly-elected member of the Everson’s board of trustees, Bernard plans to bring his natural propensity for community building to help the Everson bring the transformational impact of art to more Syracuse city residents. He believes the Everson is a place where children in the communities he serves can be exposed to new worlds and new possibilities by walking just a few blocks from home.

“I want to see the museum’s doors proverbially swing open for those children, so it’s not just a landmark to meet their friends near, but a space they feel welcome to enter anytime.”

In his new role, he hopes to encourage more interactive exhibits that, “allow for touch and awaken people’s senses, providing tangible opportunities to engage with art—even to see their own work on display.”

The significance of serving on the Everson’s board, a place that meant so much to his family, is not lost on Bernard. “My father loved the museum, and his co-workers loved him, and they loved me too. I think of what the Everson meant to me, and I want to pass on that same legacy to my grandson.”

Gus Alex passed away in 2007, having lived what Bernard describes as, “a full and rewarding life.” He remains ever-present within the walls of the Everson and in the memory of his family, friends, former co-workers, and all who knew him. 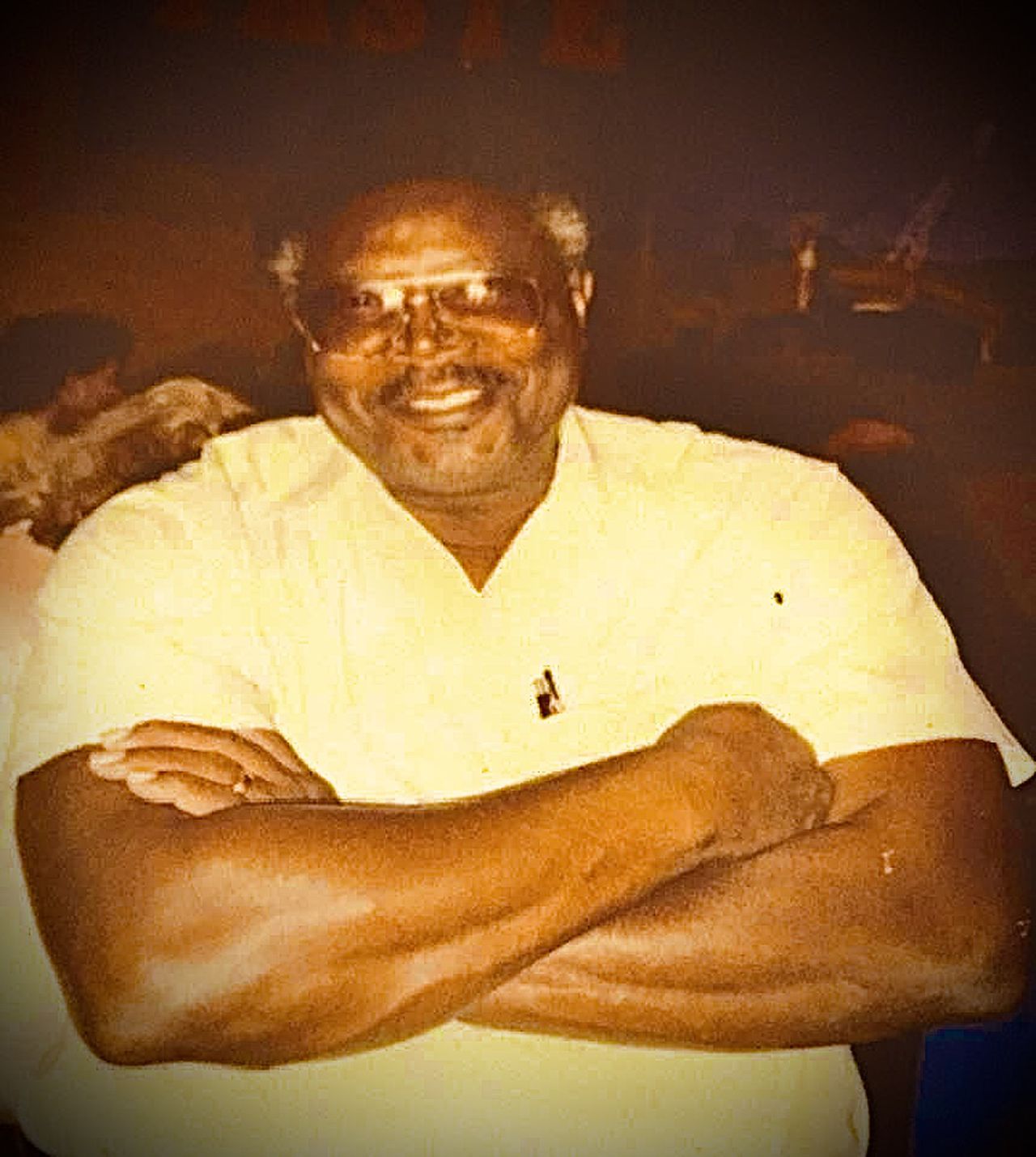 A family legacy is a hope for the future. It arises from using your wealth for the benefit of others. Providing for your family over many generations can create a fantastic legacy.

What is an example of a family legacy?

What are Family Legacies? All families have a set of beliefs, values, and attitudes that are passed down from generation to generation through the messages that children receive from their parents. ... For example, you might have grown up in a house where “children were to be seen but not heard.”

How do you write a family legacy?

Here are 6 tips you can use as you uncover and write those stories for your family history book.

What are the 3 types of family legacy?

Three distinct categories of positive family legacies emerged in the data: hardworking, caring for others, and family cohesion.Sept 25, 2009

What is an aicpa legacy scholar?

The AICPA Legacy Scholars program is designed to help students of different backgrounds become CPAs by assisting with the cost of their college education. The program also provides scholars with educational and professional development opportunities throughout the year.

Is the Smithsonian museum an art museum?

The museum is home to one of the largest and most inclusive collections of American art in the world, including works by such stylistically diverse luminaries as John Singleton Copley, Winslow Homer, and Georgia O'Keeffe, housed in one of the oldest public buildings constructed in early Washington.

What did Bernard Williams believe?

Williams invented the concept of “moral luck” and offered strong reasons to think that people are morally vulnerable to contingencies beyond their control, a conception he found exemplified in Greek tragedy.

How does Bernard Williams criticize utilitarianism?

In “A Critique of Utilitarianism”, Bernard Williams argues against the fundamental characteristics of utilitarianism and believes that the notion of ends justifying the means are a way of representing the doctrine of negative responsibility which can lead to consequences from the choices we make/do not make (663).

What was Bernard Williams thought experiment?

In the essay, “The Self and the Future,” Bernard Williams presents two instances of a thought experiment that, when followed, lead the reader to intuit two distinct conclusions on the preservation of personal identity, in spite of the methodological similarity of the two cases.Oct 16, 2018

How does Bernard Williams define philosophy?

Bernard Williams. Introduction. Philosophy as a humanistic discipline. The absolute conception of reality. Morality and the limits of objectivity.