You are here: Home › Métis student awarded free tuition for the fall semester 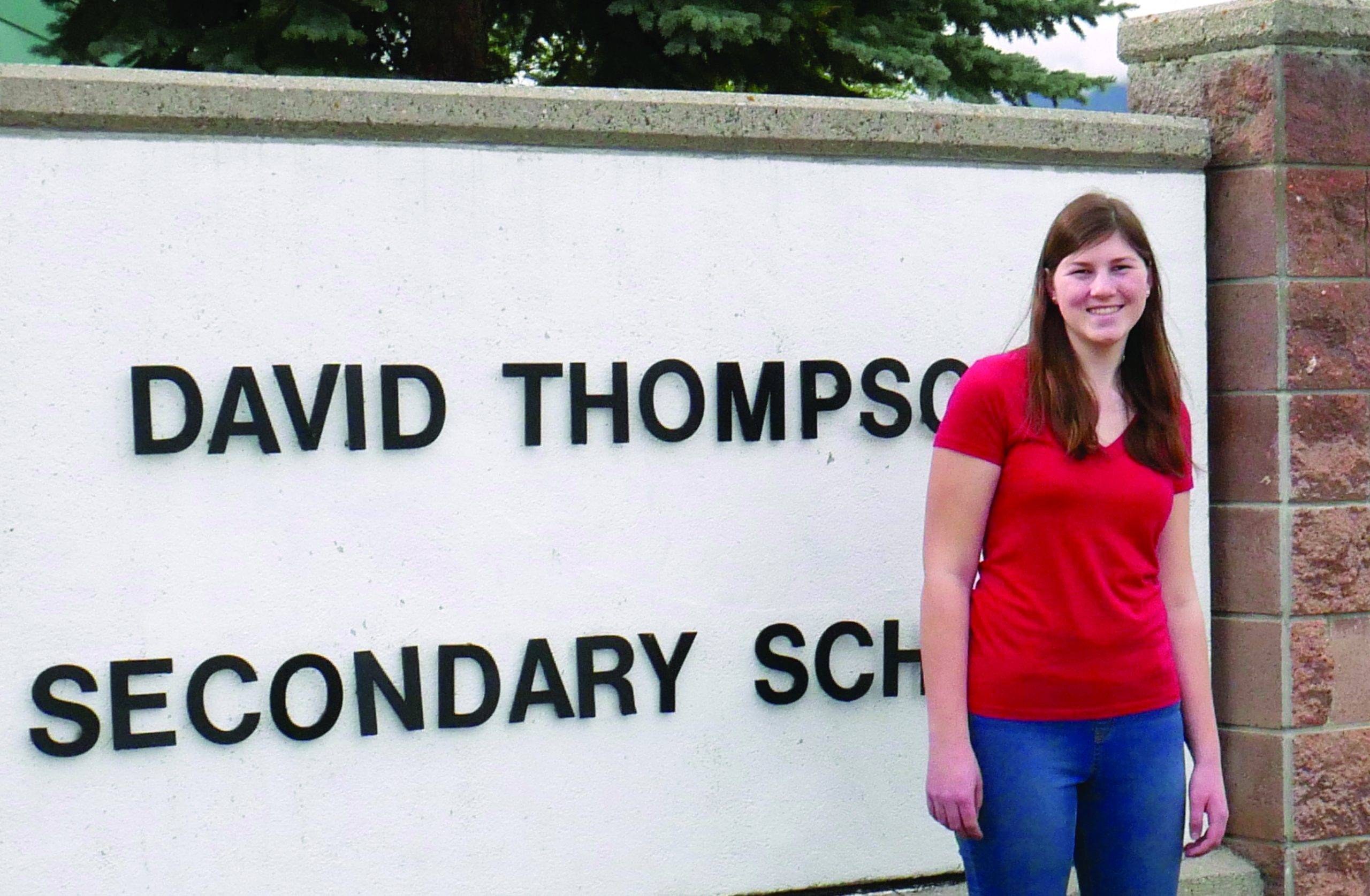 Exams, ceremonies, graduation dates, and what comes next. There are many things that may weigh on the minds of grade twelve students today. Especially with the end of high school around the corner. One worry graduating Métis student Zoe Doucette won’t have, is where she’ll be going to school and how she is going to pay for it.

It was announced on May 13 that Doucette was awarded the Scholastic Distinction Entrance Scholarship through the College of the Rockies worth approximately $3500 based on one year of free tuition in her program.

“The Scholastic Distinction Entrance Scholarship is the most valuable and prestigious scholarship awarded by the College, says Lois Murray, Financial Aid and Awards Officer for College of the Rockies. “These awards are available to all East Kootenay Secondary Schools Students with a minimum of an 85 per cent grade average in their completed grade 11 and 12 academic classes.”

The College of the Rockies always aims to give out a top award to the high schools such as in their campus areas such as David Thompson Secondary School. While in the past they have sometimes been short on applicants, this year they had 48.

Being from a big family, this scholarship means a lot to Doucette. “I was speechless when I found out I couldn’t believe it,” says Doucette. “It means that my parents won’t have to worry about my tuition, and we could just save it for next year. It’s been a huge weight off my shoulders.”

Doucette doesn’t just give her all in the classroom but also in the community as she has participated in two work experience programs both in Canal Flats at Columbia Lake Technology Centre and Triple J Window Cleaning from January to June of last year.

This year from September to January Doucette had the opportunity to volunteer at Martin Morigeau Elementary School, a perfect fit for this future educator. She has had many mentors along the way to put her on this path including her retired counsellor Ms. Brown. “I loved teaching and she really helped me get to that point,” says Doucette.

Monica Fisher who works in the Indigenous Education program at David Thompson Secondary School has also been a big support for Doucette especially with her scholarship applications.

“She’s always thinking of others and often spends a lot of her time in our room tutoring other kids from all different grades in various subjects, in particular math,” says Fisher, adding that, “She’s very patient in her teaching, and it just comes naturally to her. It’s always exciting when our kids get these extra opportunities to further their education.”

The College of the Rockies  is located on the unceded territories of the Secwépemc and Ktunaxa People and the land chosen as home by the Métis Peoples of B.C. which runs along the Columbia River. After Doucette completes their Pre-Education Certificate program she plans to apply to the University of Lethbridge where she’ll work towards her combined education and science degree.

Is FAFSA awarded every semester?

While you will apply for funding for both semesters with a single application, you won't receive all of your funds at once. Most schools disburse funds every quarter or semester. If you're eligible for funds for your second semester of school, you should receive them within a few weeks of the start of term.

Is Pell Grant awarded per semester?

Pell Grants are disbursed per semester if your school uses the semester system. For example, if you receive $2,000 total in Pell Grants for the year, you will get $1,000 per semester. ... Not all schools participate in this program. Like the Pell Grant, this award is split per semester.

Is it too late to apply for fall semester 2021?

Is it too late to apply to college? The answer is No. Several hundred colleges continue to accept applications and admit students until the start of the fall semester. ... You will still need to meet GPA and ACT/SAT requirements established by the college, and expect chances for scholarships and financial aid to be slim.

Who qualifies for OSAP free tuition?

To be eligible to apply for financial assistance from the Ontario Student Assistance Program (OSAP), you must be a: Canadian citizen; Permanent resident; or. Convention Refugee or protected person.Jan 27, 2021

Is tuition a semester or yearly?

How are student loans awarded?

What is difference between fall and spring semester?

Fall semester begins in September and ends in December, whereas the Spring semester starts in January and ends in May. There are two main reasons why universities accept students in two different intakes rather than just one. First, it is not easy to accommodate too many students in a single semester.

What is the tuition for Norwich Free Academy?

General education tuition will be $13,375 per student from seven of the partner district towns and $200 lower, or $13,175, for Norwich students. Norwich receives a $200-per-student host town discount to cover emergency services provided to the NFA campus.Jan 28, 2020

If you have applied and been accepted to FLC, and are an enrolled member (or the child or grandchild of an enrolled member) of a American Indian Tribal Nation or Alaska Native Village that is recognized as such by the US federal government, you may be eligible to attend FLC tuition-free through the Native American ...

What states have free tuition for veterans?