You are here: Home › Nanaia Mahuta needs to be in 'hot pursuit' of China's foreign minister, National says 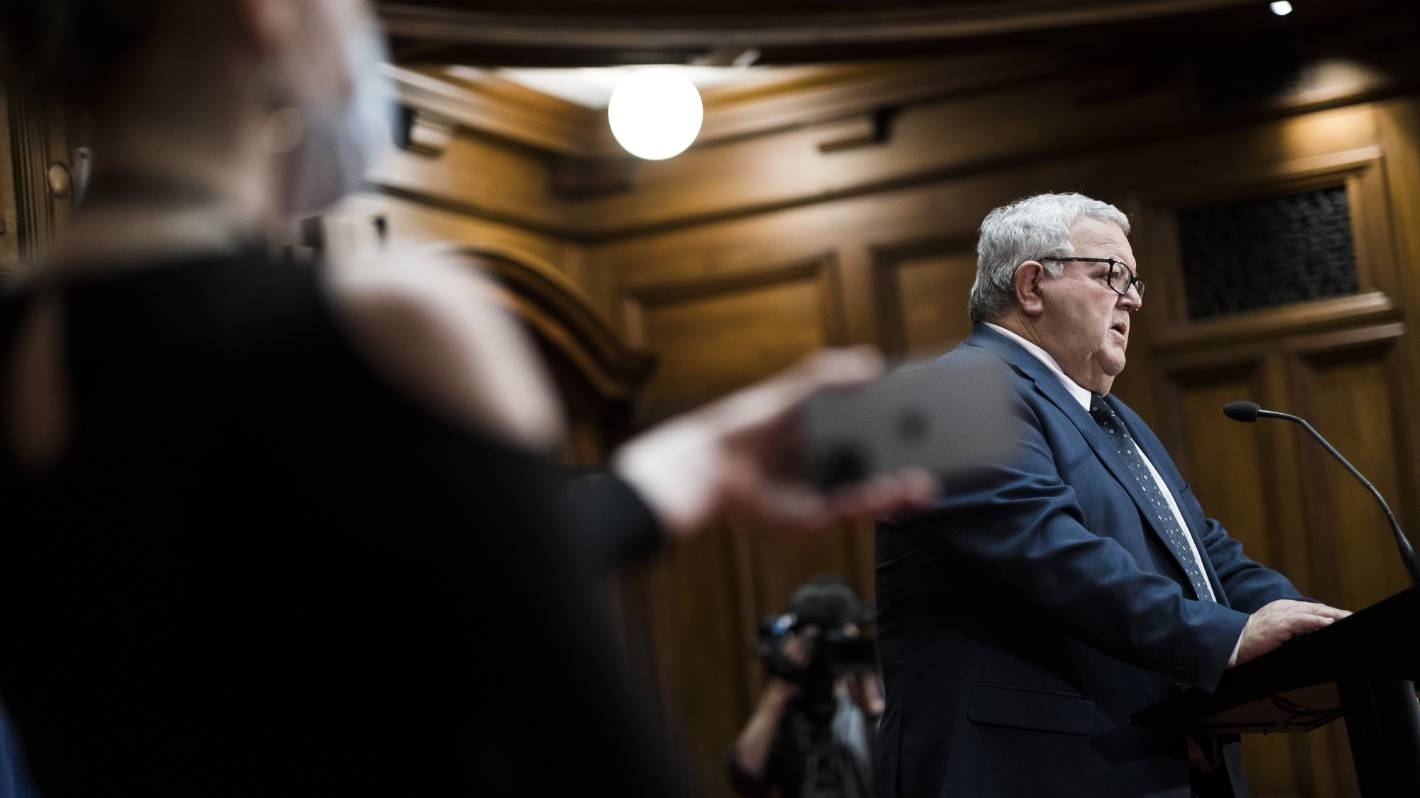 Foreign Minister Nanaia Mahuta needs to be in “hot pursuit” of Chinese Foreign Minister Wang Yi as he asks Pacific countries to sign a sweeping security and development agreement, the National Party says.

Wang began a 10-day trip across the Pacific on Thursday, reportedly seeking to sign 10 Pacific countries onto a multi-country agreement that spans co-operation on development, trade, law enforcement, security, education, and internet networks.

The proposed agreement, which the Government has known about for at least six days, has already been rejected by the Federated States of Micronesia, which says it would bring the Pacific countries into Beijing’s “orbit” and risk geopolitical confrontation.

National Party foreign affairs spokesperson Gerry Brownlee said it appeared New Zealand had “missed the boat” when it came to preserving its relationships in the Pacific as China sought to have greater influence.

National Party foreign affairs spokesperson Gerry Brownlee says New Zealand has “missed the boat” when it came to preserving its relationships in the Pacific.


“Nanaia Mahuta needs to tell us what the Government's going to do to put New Zealand in a better light with our Pacific neighbours.

“It’d be a good idea if she was visiting those countries in hot pursuit of the Chinese foreign minister ... We need to understand more about what that [agreement] is going to mean.”

He said the Government had spent considerably more money on the Pacific than China was offering, but a Chinese offer of free trade would be “of great value”.

Brownlee said the agreement appeared to ask the Pacific nations to “give away a lot of autonomy”, including by insisting of a commitment to the United Nations system, where China has a veto on the Security Council.

An offer of 2500 scholarships to Pacific Island countries and building Confucius institutes – which are state-backed Chinese cultural and education organsiations – raised the prospect of young Pacific Islanders absorbing China’s culture and turning away from democratic principles, he said.

Though it was a “good move” that the Government was now asking that such developments in the Pacific be discussed at the regional Pacific Island Forum, Brownlee said this had come too late.

“That body was set up to be a government-to-government, leader to lead a point of discussion, but I don't think it's been given the emphasis that it should have over recent years.”

Palau, Marshall Islands, Nauru, Kiribati and the Federated States of Micronesia are accusing NZ and Aus of influencing the vote that resulted in their candidate being snubbed for the forum's top job. (First published Feb 2021)

The Pacific Island forum has been troubled by a major rift, with Micronesian countries threatening to withdraw last year after a dispute over who should lead the secretariat. The forum was expected to meet in July.

“I don't think it's going be in any great shape for trying to defeat this sort of proposal,” Brownlee said.

On Thursday, a spokeswoman for Mahuta said the minister would not be commenting on China’s agreement as the prime minister had spoken for the Government.

Prime Minister Jacinda Ardern, speaking in the US on Thursday, said New Zealand was in “constant engagement” with its Pacific neighbours.

"We're very strongly of the view that we have within the Pacific the means and ability to respond to any security challenges that exist, and New Zealand is willing to do that.

"That Pacific Island Forum leaders meeting ... will be incredibly important as an opportunity for the Pacific to canvas its view on that increasing presence and the actions of China to increase its role in the Pacific.”

Prime Minister Jacinda Ardern makes brief remarks to reporters before meeting with Senator Angus King and Senator Jon Ossoff on Capitol Hill, in Washington, DC. Ardern has this week been in the United States as China’s Foreign Minister Wang Yi visits the Pacific.

A Ministry of Foreign Affairs and Trade spokesperson said it would be a concern if any developments “pre-empt” a conversation at the Pacific Island forum.

“We have highlighted to all partners that New Zealand does not want strategic competition in the Pacific. Any activities that destabilise the current institutions and arrangements that underpin our region’s security benefit neither New Zealand or other Pacific countries.”

A draft of the agreement China was pitching to Pacific countries, seen by Stuff, includes provisions such as co-operation on “traditional and non-traditional security” and cyber-security, the provision of “high-level police training”, as well as putting “equal emphasis on development and security”.

A separate “five year action plan” proposed a Chinese special envoy would be appointed for the region, that China would build crime laboratories, provide hundreds of training opportunities, and hold various high-level forums.

Wang began his trip in the Solomon Islands and will travel to Kiribati, Samoa, Fiji, Tonga, Vanuatu, Papua New Guinea and East Timor. He will also virtually meet with the leaders of Micronesia, Cook Islands, and Niue.

Related Questions and Answer about "Nanaia Mahuta needs to be in 'hot pursuit' of China's foreign minister, National says"

Where is Nanaia Mahuta now?

Nanaia Cybele Mahuta (born 21 August 1970) is a New Zealand politician who is the Member of Parliament (MP) for Hauraki-Waikato and serving as the Minister of Foreign Affairs in the Sixth Labour Government since 2020.

What are Nanaia Mahuta qualifications?

She was educated at Kura Kaupapa Rakaumanga school in Huntly and later at Waikato Diocesan School for Girls as a boarder. She then studied social anthropology and Māori business development at the University of Auckland, graduating with an MA (Hons). She also worked at the university as a researcher/archivist.

Is Nanaia Mahuta married to her cousin?

Mahuta is married to William Gannin Ormsby, her first cousin. The couple have three children together, although the first died shortly after birth, along with four children from Ormsby's previous relationship.

Who is the present foreign minister of China?

Located at Arlington Lawn, this is one of the only visible springs in Hot Springs National Park. Originating on the hill near Grand Promenade and flowing down a steep cliff into two pools, it's one of the only publicly-accessible hot springs in a town named after hot springs—one of 47 that ooze out of the mountains.

Who needs to be notified of a planning application?

Which Minister called as foreign minister?

What needs to be published in the Official Gazette?

– There shall be published in the Official Gazette all legislative acts and resolutions of a public nature; all executive and administrative issuances of general application; decisions or abstracts of decisions of the Supreme Court and the Court of Appeals, or other courts of similar rank, as may be deemed by said ...

What is name of foreign minister?