You are here: Home › Can You Hear Me Speech and Power in the Global Digital Town Square

Can You Hear Me? Speech and Power in the Global Digital Town Square 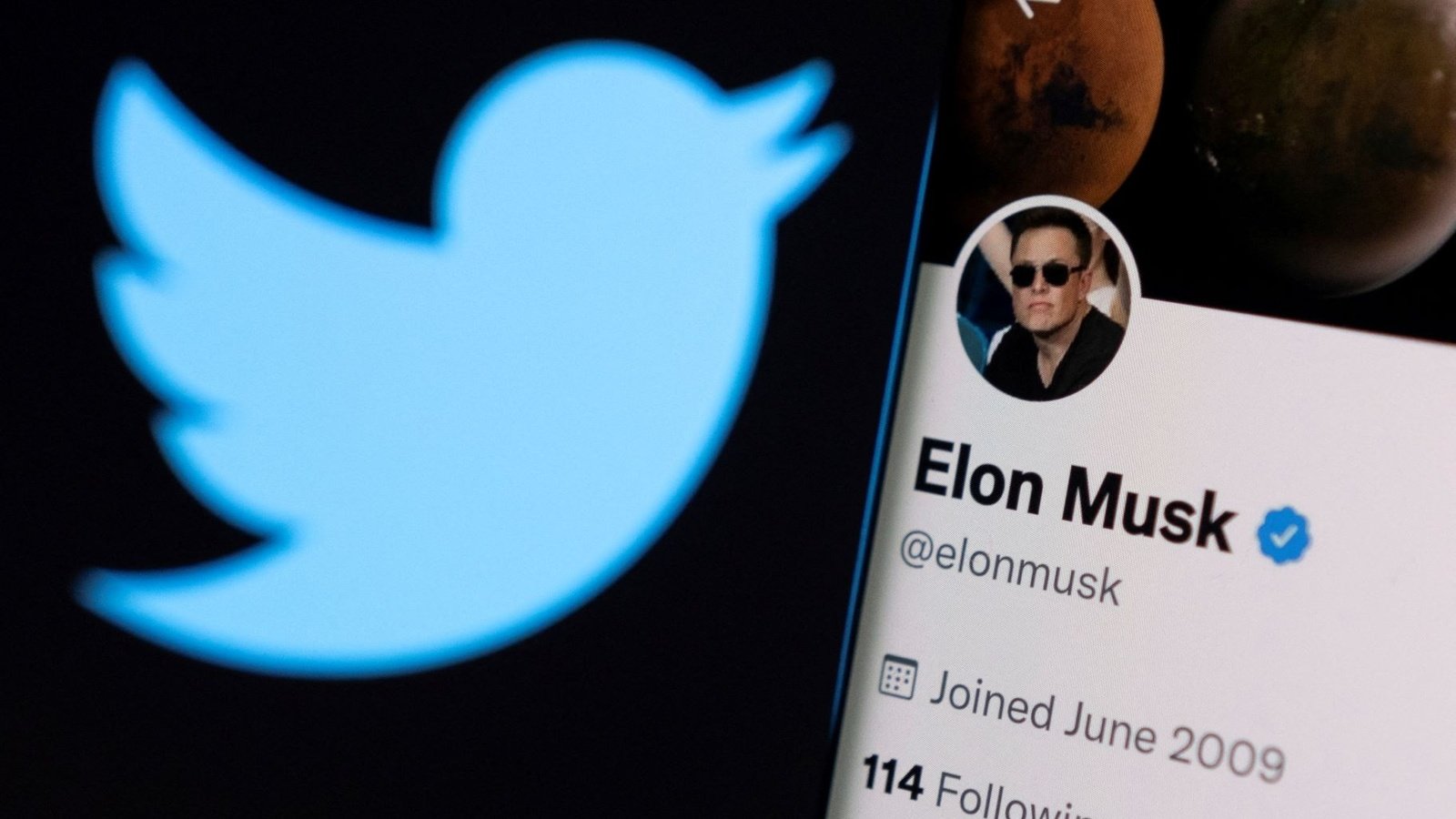 On April 25, news broke that Elon Musk and Twitter had reached a deal wherein Musk would buy Twitter for $44 billion. When and whether the deal will actually be finalized is up in the air, however. Musk’s recent tweet that the Twitter deal is on hold, combined with his call for the U.S. Security and Exchange Commission (SEC) to investigate the amount of spam and bot accounts on Twitter, has contributed to uncertainty among investors about the future of the deal. Twitter stock has dropped, and the departure of high-level staff at Twitter has also signaled that the future of Musk’s Twitter acquisition is murky.

Along with uncertainty over Musk’s Twitter acquisition, his provocative criticism of the platform’s content moderation policies—concerning disinformation, hate speech, and harassment—has also sparked debate about the meaning and importance of free speech in digital spaces. As PEN America CEO Suzanne Nossel notes, it’s as if Musk has tried to take humans out of the loop of driving with his self-driving cars, but it is not so easy to take humans out of the loop when considering the impacts of disinformation or other speech considered harmful. As Nossel recently tweeted, “Elon Musk will learn the same lesson about self-governing social media as he has about self-driving vehicles, which is that they unavoidably crash.” As I’ve discussed elsewhere, pioneering scholars, such as Sarah Roberts, have documented the important role of “invisible workers” along the global digital assembly line in untangling the complexities of content moderation.

Much of the debate about the Musk acquisition fails to appreciate Twitter’s international reach and the applicability of international standards, including those governing speech. Twitter and other social media platforms operate in a number of countries whose governments have routinely restricted speech—sometimes based on “benign” reasons (such as preventing violence), but other times to suppress political opponents and critics.

A summary of global news developments with CFR analysis delivered to your inbox each morning. Most weekdays.

The World This Week

A weekly digest of the latest from CFR on the biggest foreign policy stories of the week, featuring briefs, opinions, and explainers. Every Friday.

By entering your email and clicking subscribe, you're agreeing to receive announcements from CFR about our products and services, as well as invitations to CFR events. You are also agreeing to our Privacy Policy and Terms of Use

Last month, I moderated a panel called “Can You Hear Me? Speech and Power in the Global Digital Town Square,” at the American Society of International Law (ASIL) Annual Meeting in Washington, DC (see video recording here; scroll down to the Friday, April 8 event at 9:00 am ). Panelists (in order of speaker) included:

The panelists discussed a number of timely topics related to free speech on social media platforms in our global “marketplace of ideas.”One of the main themes we discussed was the tension that exists between tech companies’ stated commitment to free speech on social media platforms and laws concerning free speech that differ from country to country. Mwangi noted that normally, when U.S.-based tech companies conduct their operations in other countries without setting up local offices, U.S. laws apply to the companies’ operations. According to Mwangi, the ability of U.S.-based tech companies to operate internationally without abiding by local laws has incited backlash—including by powerful interests—leading to more countries, such as Russia, to establish local presence laws. The emergence of these laws, Llansó explained, points to a growing trend in which tech companies are required to establish a local office in-country, and therefore be subject to the country’s laws. Depending on the country, establishing a local office could have significant implications for human rights, user privacy, and content moderation, Llansó pointed out. She warned that governments may want to use local presence laws as a tool to censor free speech or sidestep companies’ privacy policies to access user data.

The adoption of local presence laws is but one example of how countries and tech companies sometimes clash over what legal norms should govern the digital space. Another instance that Llansó raised is the Russian Smart Voting App, which was run by supporters of prominent opposition candidate Aleksei Navalny. The Russian government declared the app illegal, and authorities began pressuring tech companies to remove the app from their platforms, going so far as to threaten local staff with prosecution. Eventually, Apple and Google removed the app from their app stores several days before the 2021 elections due to concerns of the safety of local staff.

Part of the problem, Perault said, is that there are not clear international norms guiding tech policies’ behavior when it comes to content moderation. While international human rights law permits and even encourages governments to ban “hate speech,” U.S. courts take a more lenient approach. For example, U.S. courts have ruled in favor of allowing Nazis to march in the predominantly Jewish neighborhood of Skokie, Illinois, and the U.S. Supreme Court struck down a law that would have prohibited burning a cross on a Black family’s lawn—in both instances, finding protected speech interests. Yet in other countries, such as Rwanda, where hateful, targeted messages on the radio facilitated the 1994 Rwandan genocide, application of international standards allowing for some restrictions on hate speech have been viewed as not appropriate, but necessary. Similarly, EU countries, such as Germany, take a more restrictive approach to “harmful” speech, for example, prohibiting Holocaust denial, due to the European experience with the atrocities of the Holocaust.

Suleman reminded us about the Myanmar government’s use of Facebook to incite violence against Rohingya Muslims and the importance of platforms using content moderation where hateful speech can lead to violence, death, and even the mass slaughter of civilians. Facebook refused to release to the government of Gambia the data of government-controlled accounts in Myanmar that had violated Facebook’s terms of service by engaging in coordinated inauthentic behavior. Gambia had requested this data to support its case against Myanmar at the International Court of Justice. The government of Gambia then sued Facebook to release the records and received a fully favorable initial order from a magistrate judge to release both public and private content from the accounts. Facebook objected to part of the magistrate judge’s order that required the release of private messages in those government-controlled accounts, and a U.S. District Court judge sided with Facebook on that specific issue.

Emerging norms may establish clearer standards. Having reached a deal concerning the landmark Digital Services Act, the European Union (EU) will require companies to establish new policies and procedures to more forcefully police their platforms and remove suspect material, such as hate speech, terrorist propaganda, and other content defined as illegal by EU countries. As Llansó indicated, the Digital Services Act will require companies to regulate their algorithms and create risk assessments, among other regulations. Notably, the law will enable regulators to impose heavy fines on tech companies who do not comply with the law’s provisions. While the response from tech companies has been muted, it is possible that greater regulation of large tech companies may lead to a more coherent response to human rights abuses.

In sum, social media has been essential for movements ranging from the 2010-2011 Arab uprisings to #MeToo to #BlackLivesMatter, as discussed further in my recent post on “hashtag activism.” However, as Johnathan Haidt illustrates in his recent piece in the Atlantic, social media has not only brought people together, but it has also created divisions and even led to violence. The recent shooting in Buffalo demonstrates how violent extremists are influenced by online hate. Not only do hate groups creep from the hidden corners of bulletin boards to more mainstream websites, but hate and division are more likely to be amplified online.

A final dilemma was highlighted on our panel by Mwangi, who criticized the fact that the current discourse on speech and internet regulation tends to ignore parts of the world where the right to free speech is “dependent on the whims of state power.” Mwangi said that international law needs to address the prevalence of internet shutdowns and online censorship. Despite the threat of censorship and oppression, Mwangi highlighted the vibrancy of digital movements in Africa such as #EndSARS, #ZimbabweanLivesMatter, and #SomeoneTellCNN. While some governments have managed to successfully use social media platforms to cement their power, there are brave citizens who regularly speak out for their human rights, both online and offline. How tech companies decide to confront or acquiesce to state power remains to be seen.

Related Questions and Answer about "Can You Hear Me? Speech and Power in the Global Digital Town Square"

Can you hear me now online game?

“Can You Hear Me Now?” is one of the best online team building games. You play this game in a virtual conference room, and nominate one person to be the speaker and the rest are artists.

Who if I cried would hear me?

“Who, if I cried out, would hear me among the angels' hierarchies? and even if one of them. pressed me against his heart: I would be consumed. in that overwhelming existence.

What is the Square called in front of Manchester Town Hall?

Albert Square is a public square in Manchester that's home to the iconic Manchester Town Hall and an array of smaller buildings and statues in addition to the open space.

How can digital marketing help me grow my business?

Online marketing allows you to boost your business website and online sales, by making your business more visible and accessible to a wider range of consumers who are already searching for products/services in your industry. It is easy to see how digital marketing helps businesses connect with their customer-base.

What is global digital development?

Can you major in digital design?

With a degree in digital design, students can hone their design skills and learn the tricks of the trade to create a successful career in the creative industry.

Are speech therapist and speech pathologist the same?

The simple answer is that there is no difference between them, they are the same profession. That being said, one of the other titles may be more widely used in certain areas of the world, and speech-language pathologists (SLPs) used to be widely referred to as speech therapists.

Can you get married in Hackney Town Hall?

Can you drive through Times Square?

If you are driving through Times Square you should drive south via 7th Avenue or north via 6th or 8th Avenues. If you travel south on Broadway you will be re-directed at 47th Street as you will not be able to continue on Broadway. Cross street traffic is open at each block between these areas.

Can you invest in Digital Currency Group?

Digital Currency Group has made 228 investments. Their latest investment was in Mercari as part of their Series A on March 3, 2022.