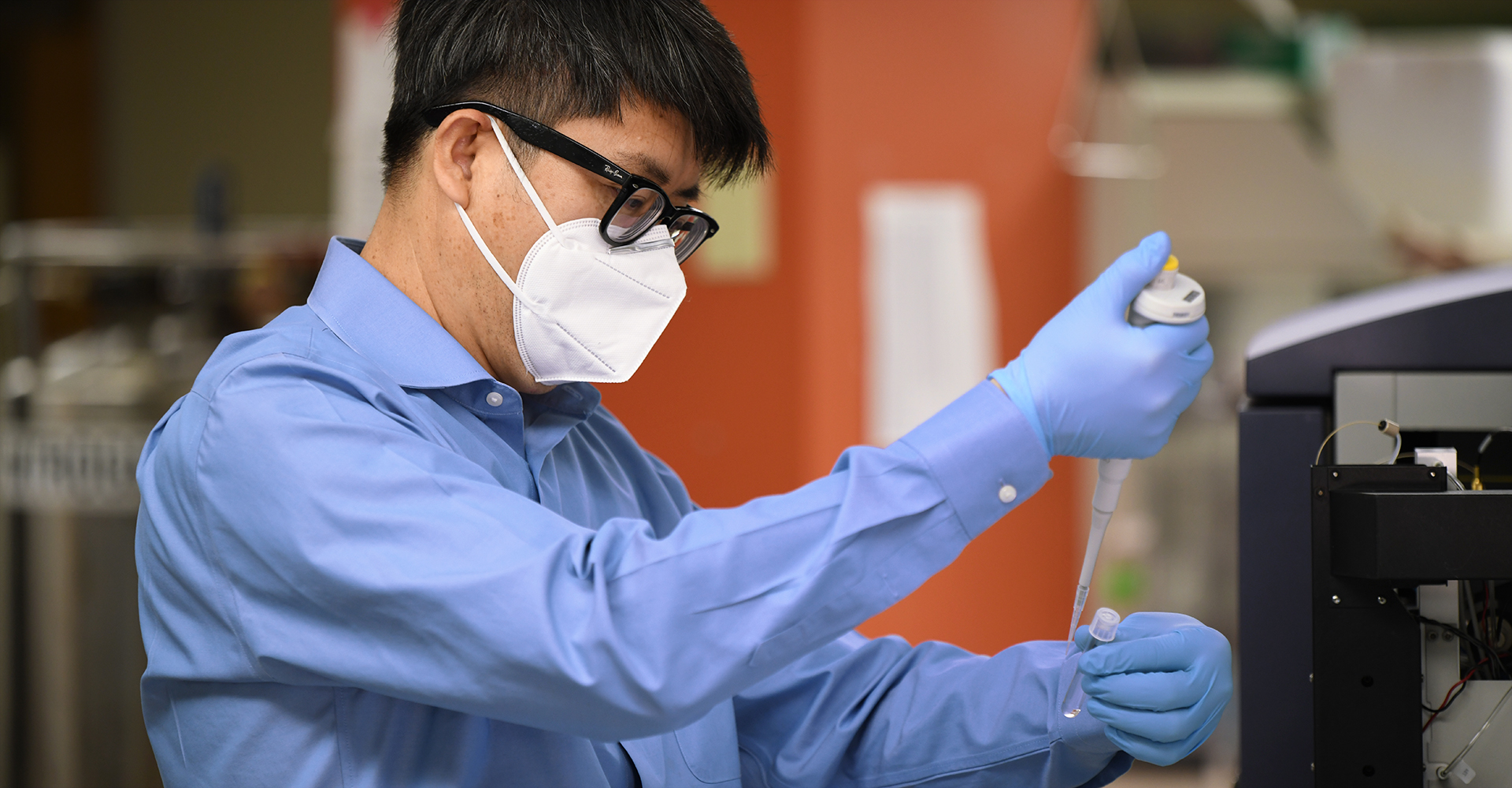 Note: Click here to view a video of the presentation of the Gardner Award to Dr. Yun.

CHAPEL HILL, N.C. (May 26, 2022) – The creator of a mini-brain model used to study Alzheimer’s disease is the winner of the 2022 O. Max Gardner Award, the most prestigious annual prize for faculty awarded by the 17-campus University of North Carolina System.

Yeoheung Yun, Ph.D., the first faculty member in North Carolina Agricultural and Technical State University’s bioengineering program when it was created in 2010, received the honor in person today as the first order of business at the UNC System Board of Governors’ May meeting.

Before the award, the BOG played a brief video produced by PBS NC in which colleagues and students shared their thoughts about the researcher, saying he has made significant contributions to “understanding brain development and how circuits are formed.” Students called him a “proactive, inspirational” leader.

“When I got the phone call about two months ago, I thought it was a scam,” Yun said to laughter while flanked by his wife, son and colleagues from N.C. A&T. “Then I realized it was real.

"For a couple of days, I tossed and turned at night. Even last night, I couldn’t sleep well. It is such an honor to receive the Gardner Award in the presence of the UNC governors, the chancellors and colleagues I’ve worked with for more than 10 years," he said. “I’m still relatively young, and I have many years to work and serve. This honor will serve as encouragement to work harder and contribute more.”

BOG members and others throughout the room gave him a lengthy standing ovation.

Established in the will of former North Carolina Gov. O. Max Gardner and first presented in 1949, the award recognizes faculty who have “made the greatest contribution to the welfare of the human race.”

“Dr. Yun’s dedication to bioengineering education and his cutting-edge innovations have advanced the understanding of brain ailments and the properties of metals designed to degrade in the body. His notable contributions are affecting societies worldwide,” said A&T Chancellor Harold L. Martin Sr. in nominating Yun for the award. “Dr. Yun’s record of sustained impact, achievement and scholarship has tremendously benefited society.”

Earlier this year, A&T Department of History and Political Science Chairman Arwin Smallwood, Ph.D., won the UNC System’s other top faculty prize, the James Holshouser Award. This marks only the second time in the history of the UNC System that faculty from the same institution have won both prizes in the same year. Distinguished Professor of Mechanical Engineering Jagannathan Sankar is the only previous A&T recipient of the Gardner Award, having won it in 2010.

Yun’s mini-brain work, most recently supported by the National Institutes of Health, involved the creation of a vascularized (connected to blood vessels) brain organoid that replicated three key areas of entry for drugs that combat Alzheimer’s disease. The mini-brain model is made from stem cells harvested from Alzheimer’s disease patients and holds enormous promise for the estimated 50 million people worldwide suffering from Alzheimer’s or other dementias.

But that is only one of Yun’s many accomplishments. He developed a neurovascular brain chip that can screen deadly nerve agents, like Sarin gas, allowing doctors to quickly conduct tests to detect which nerve agent is present in the patient’s body — critical in treating soldiers and civilians in armed conflicts

Working in biodegradable metallic devices, he also developed a new understanding of how such metals degrade in the body and created a platform for testing them. That work has the possibility to transform healthcare technologies through sensors that degrade naturally within the body after their work is done.

A nanoscientist as well as a bioengineer, Yun also created the longest carbon nanotube array in the world. Yun earned two patents for the technology, which is used in sensors that monitor certain physiological indicators and helps assess whether related bodily systems are functioning properly.

Yun’s long list of work also includes breakthroughs in understanding the mechanisms of T-cells, which are vital to fighting disease, and in mechanobiology, specifically in modeling traumatic brain injuries.

He worked briefly as a research assistant professor at Cincinnati before joining A&T in 2010. He was its first faculty member in A&T’s new bioengineering program, which was the first independent B.S. and M.S. bioengineering program in the nation at any historically Black university. Those programs grew and continue to grow rapidly, now enrolling some 200 undergraduate and graduate students.

Yun also served as its first graduate studies coordinator and oversaw all program-related activities, making significant contributions toward the program’s growth, developing key relationships with programs at other institutions.

“Not only has Dr. Yun helped to build the bachelor’s and master’s bioengineering degree programs, his contributions in curriculum development, delivery of a robust array of bioengineering courses and in advising students have been phenomenal,” said A&T College of Engineering Dean Robin Coger, Ph.D.

“The engineering, scientific and clinical impact of Dr. Yun’s work cannot be overstated,” added Harvey S. Borovetz, Ph.D., distinguished professor of bioengineering at the University of Pittsburgh and a frequent collaborator, whom Yun singled out for special thanks at the BOG meeting. “It has provided essential knowledge that will be required for biodegradable alloys to ultimately be used as orthopedic implants for adult and pediatric patients.”

Is UNC Charlotte part of the UNC System?

There is no shortage of awards that Alabama quarterback Bryce Young is nominated for, and on Thursday night he took home the Davey O'Brien Award for the nation's best college quarterback and the Maxwell Award for the most outstanding player at the College Football Awards Show.

Who has more wins Duke or UNC basketball?

Additionally, North Carolina was an 8 seed coached by first year head coach Hubert Davis in this tournament, while Duke was a 2 seed. Carolina leads the rivalry with 143 wins, while Duke trails with 115 wins.

Is UNC-Chapel Hill a prestigious school?

What is a UNC system employee?

Human Resourcesnn With more than 48,000 employees, the UNC System is one of North Carolina's largest employers. Human Resources provides shared services, informed guidance, and policy governance that help make our institutions and affiliates safe, equitable, and rewarding places to work.

The film was shot in Toronto over 10 weeks.

There is no doubt that one of the most prestigious awards a junior faculty member can receive is the NSF CAREER. If received, the grant's five years of funding serves as a foundation for a young professor's research program.

Is a Fulbright award prestigious?

The program was founded by United States Senator J. William Fulbright in 1946 and is considered to be one of the most widely recognized and prestigious scholarships in the world.

Is a design award prestigious?

A' Design Award and Competition is one of the World's largest, most prestigious and influential design accolades, one of the highest achievements in design.