You are here: Home › With a focus put on mental health after Uvalde shooting, how has Texas supported it

With a focus put on mental health after Uvalde shooting, how has Texas supported it? 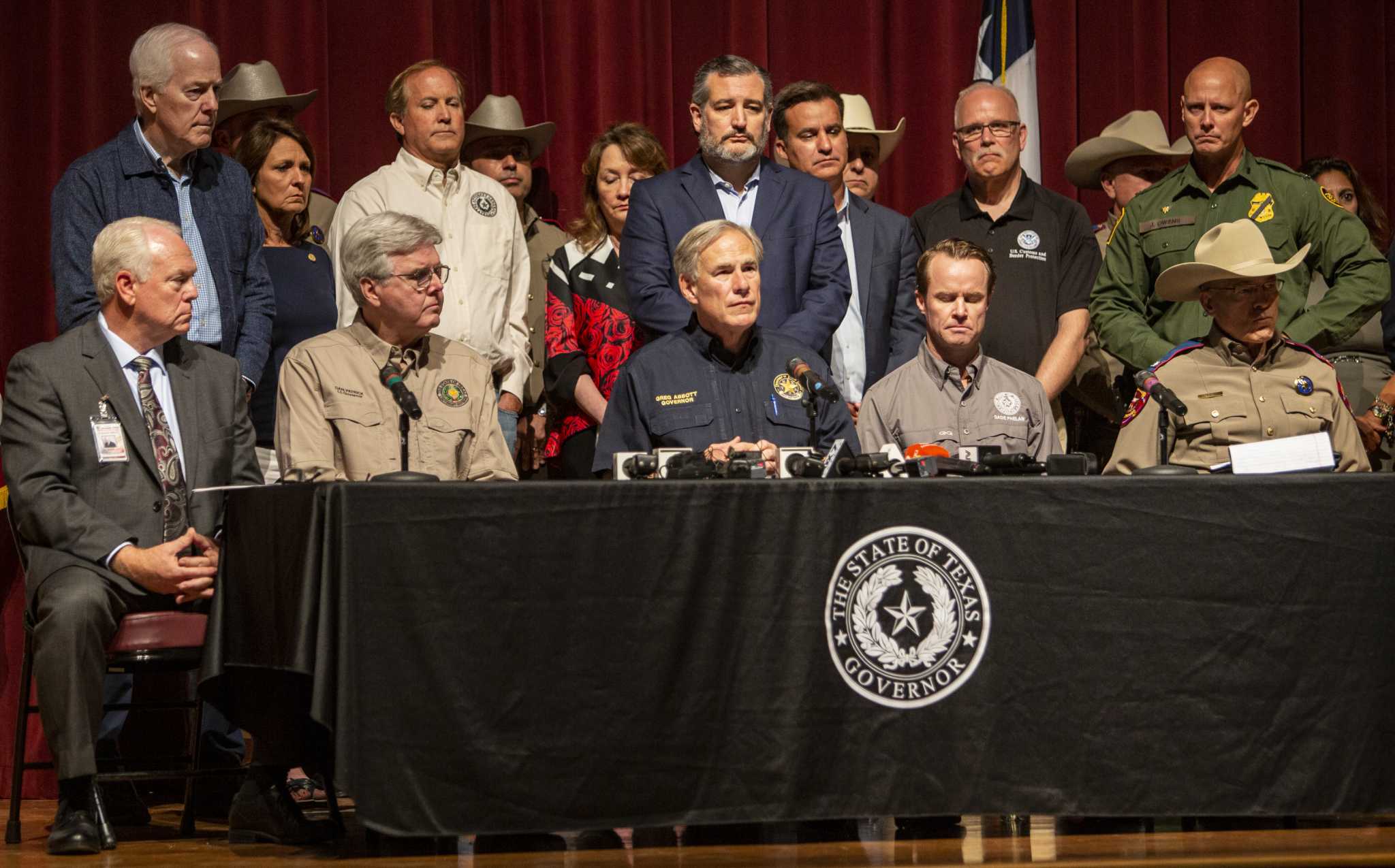 During a press conference on Wednesday, May 25, Gov. Greg Abbott and other state officials called for a focus on access to mental health care in small towns like Uvalde, where an 18-year-old gunman killed 19 children and two teachers at an elementary school, while wounding 17 others. Abbott said that the shooter “had no known mental health history."

Democratic gubernatorial candidate Beto O'Rourke interrupted the press conference to lay the blame on Abbott because of inaction, saying Texas ranked No. 50 in the nation when it comes to mental health in an apparent reference to a report that came out in 2020.

An updated report currently puts Texas at No. 33 for adults with mental illness and access to health care, according to that now updated report. However, Texas ranks lower at No. 41 when it comes to youth with mental illness. When it comes to overall access to mental health care, Texas ranks dead last at No. 51 (the District of Columbia is included with the 50 states in the rankings).

The Texas House voted down a proposal last April that would have used billions in federal funding to expand Medicaid to some of Texas’ estimated 5 million uninsured residents and conceivably improved access to mental health care.

Only 9.7% of adults with mental illness reporting having access to Medicaid in 2018 and 2019, compared to 21.6% of adults nationwide, according to the Kaiser Family Foundation. Medicaid covers most mental health treatments. There were 3.3 million adults who reported having a mental illness in Texas, and 59.6%, or 1,960,000, of that figure did not receive treatment, according to a 2021 Mental Health America ranking.

CEO Mayela Castañon says that CHDI receives Health Resources & Services Administration grants from the state, as well as funding from the city and Uvalde County for indigent health care. Real, Edwards, and Zavala counties do not contribute to the organization, she says, and there is only a single psychiatrist and one licensed clinical social worker for the four counties — a total population of 38,527 according to 2021 Census estimates.

The city of Uvalde has contributed $65,000 to CHDI annually for the past five fiscal years, according to its recent budget. Uvalde County budgeted $2.7 million to indigent health services in the 2021 fiscal year, but it was not immediately clear how much of that went to the organization.

CHDI posted to Facebook on Wednesday to announce plans to provide grief counseling for families impacted by the shooting. Castañon says other mental health professionals are coming in from surrounding areas to lend their services.

Over the next two months mental health services will be accessible to everyone in the community, with no immediate plans to charge for services for the grieving community, she says.

"I just want to make sure that we break down all barriers and make it available to whoever needs it," Castañon says. "Regardless of income, insurance, anything⁠ — all we want to do is provide the services to the community."

CHDI offers mental health services, including counseling, clinical assessments, therapy, medication management, and on-site pharmacy services, as well as in-person and virtual visits. All of these services are offered with a "Sliding Fee Discount" available to families earning less than 200% of Federal Poverty Guidelines, which is based on family sizes ranging from 1-8 and with incomes ranging from $13,590-$46,630.

Patients needing services must provide a driver’s license or official ID card and either: their last four payroll check stubs; their most current tax return if self-employed; proof of residence such as a utility bill; insurance card or proof of Medicare or Medicaid if available. The typical minimum fee is $20 for mental health services, according to Castañon.

For immigrants or residents without an ID, access to that discount or other mental health services could prove difficult. Castañon says for those without ID or proof of income, they have a self-certification process where those in need can claim their income and identity. Castañon says CHDI is unaware of whether or not any of their patients are living in the country without legal permission because the organization doesn't specifically request that information.

Related Questions and Answer about "With a focus put on mental health after Uvalde shooting, how has Texas supported it?"

How does Islam deal with mental health?

Muslims with mental illness may interpret mental health symptoms as a curse or punishment from God and may regard seeking psychiatric services as showing spiritual weakness 1. However, Islam puts great emphasis on the preservation of intellect, and clearly demarcates between competency and incompetency.

How can adolescents help with mental health?

Four things you can do to support your teen's mental health

Who sits on a mental health tribunal?

There are 3 people on the panel: a Judge (who is in charge of the hearing); a tribunal doctor who is a Consultant Psychiatrist.

What does mental health help with?

Mental health includes our emotional, psychological, and social well-being. It affects how we think, feel, and act. It also helps determine how we handle stress, relate to others, and make choices. Mental health is important at every stage of life, from childhood and adolescence through adulthood.

How do college students deal with mental health?

How do you deal with adolescent mental health?

help your teenager think for themselves – encourage them to think through the pros and cons of their behaviour, remind them what they're good at and what you like about them, and help them think critically about what they see and hear.

How does the NHS help with mental health?

When you talk to your GP about your mental health they'll listen, give you advice and introduce you to a mental health service they think will be most helpful to you. These services may come from your GP surgery, a large local health centre, a specialist mental health clinic or a hospital.

Has mental health decreased over the years?

The mental health of the nation may have even declined in the past 20 years. This trend is what Thomas Insel, former director of the National Institute of Mental Health, calls one of the “inconvenient truths” of mental illness. Suicide rates per 100,000 people have increased to a 30-year high.

How do I become a licensed mental health professional in Texas?

In Texas, to become an LPC, you should complete the following steps.

How do I become a licensed mental health technician in Texas?

How to Become a Mental Health Technician