You are here: Home › Obstructing Justice: After he complained of excessive force, a 67-year-old man was charged with a crime.

Obstructing Justice: After he complained of excessive force, a 67-year-old man was charged with a crime. 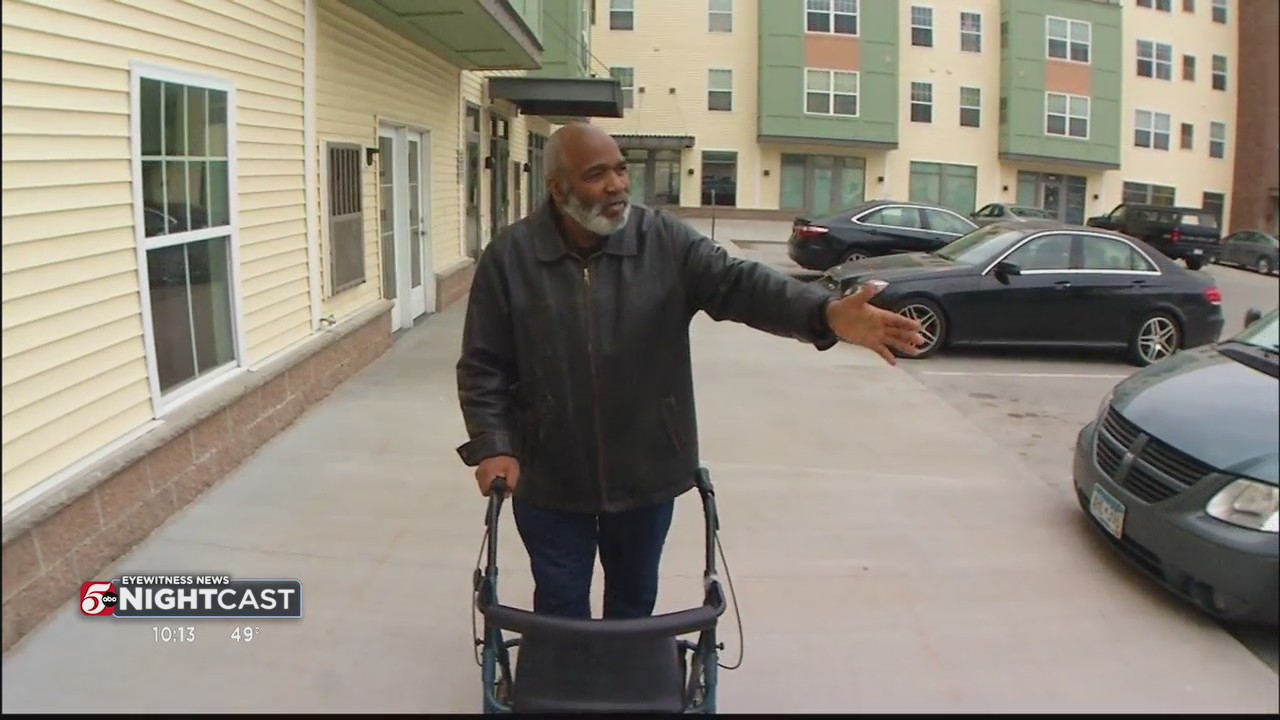 “Emotionally, it still bothers me to this day when I think about it,” Torrey-White said.

A deputy tackled, handcuffed, and detained Torrey-White outside his Falcon Heights apartment in February 2020. Authorities were responding to a call about a disturbance involving a suspect described as a Black male in his late 30s.

Torrey-White is a Black man in his late 60s who relies on a walker.

“They never said, ‘sorry, we got the wrong guy,'” Torrey-White said. “They never apologized to me.”

He was not arrested that night.

But ten days after Torrey-White filed an excessive force complaint with the Ramsey County Sheriff’s Office, he was charged with Obstructing the Legal Process and Disorderly Conduct.

“It’s like payback,” Torrey-White said. “‘You complain about us? Oh, we’re going to charge you. How about that?'”

Prosecutors and the Ramsey County Sheriff’s Office have not responded to multiple requests for comment. 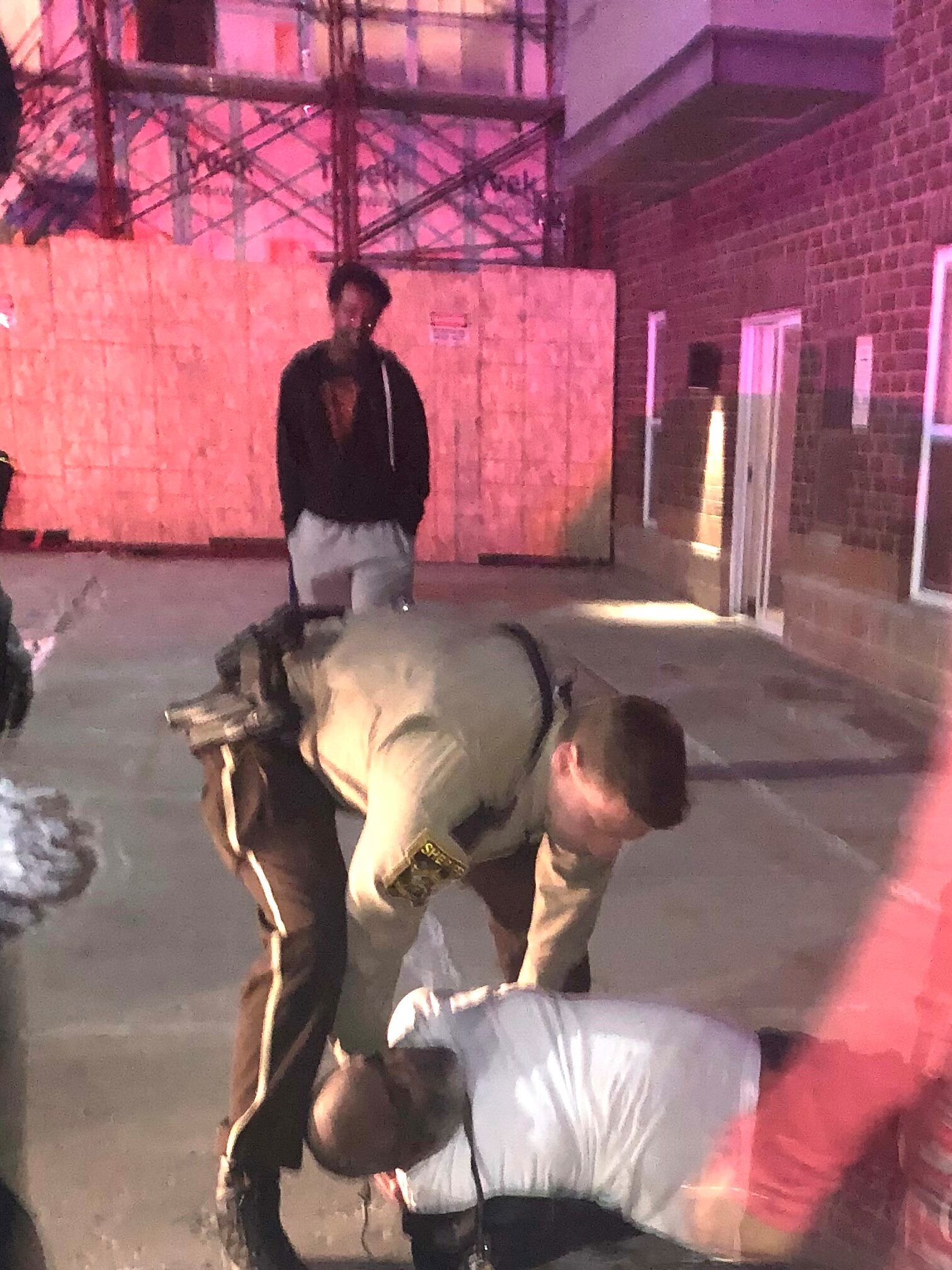 Michael Torrey-White being detained by a Ramsey County Sheriff’s Deputy in 2020.

The misdemeanor obstruction charge is under increasing scrutiny by defense attorneys and state investigators who say it is abused by police and disproportionately used against minorities.

In Ramsey County, people of color account for only a third of the population.

Yet, they made up nearly 60% of those arrested for obstruction by Sheriff’s deputies over the last five years, according to a 5 INVESTIGATES review of data that identified arrestees by race.

“Pissing off the police”

It’s a similar story in Hennepin County, according to Alicia Granse, an assistant public defender.

“It’s a charge that is pretty amorphous and kind of easy to just throw on… easy enough to say, ‘he tensed’ or ‘he moved away from me,'” Granse said.

In 2020, Granse asked Minneapolis Police for five years of data on every person officers arrested for obstruction – two-thirds of arrestees were Black.

“We all know that people of color are not the majority,” Granse said. “They’re not two-thirds of the Minneapolis population, so that’s telling me that something is going on.”

The Minnesota Department of Human Rights made similar findings in its recent investigation of MPD.

That report cited a “high-level” leader with Minneapolis Police who said officers often use the obstructing charge “for things that could fall under the category, arguably, of pissing off the police.”

Granse does not represent Michael Torrey-White, but says the details of his obstruction case are familiar.

“My thoughts are likely that the man didn’t obstruct the legal process, but him filing the (excessive force) complaint was something that pissed off the police officer,” Granse said. “There are plenty of body-worn camera videos, squad videos where I’ve seen exactly that happening.”

“It’s like payback. ‘You complain about us? Oh, we’re going to charge you. How about that?’”

Granse has not seen the body camera video involving Michael Torrey-White, and neither has he.

The Ramsey County Sheriff’s Office says it won’t provide footage of the incident until after a court hearing scheduled for next month.

In his report, Deputy Kyle Williams said that Torrey-White refused to respond to his commands.

“He yanked his arm away from me and began yelling not to touch him and that he doesn’t have to talk to me,” Williams wrote.

“As I looked at the police report, he sounded like he was trying to have a conversation with me. That did not happen,” Torrey-White said.

Earlier that night, Torrey-White recorded a dispute between the actual suspect and a driver in a gray sedan in the parking lot of his apartment complex.

When he went to check his daughter’s car for possible damage, Torrey-White says he did not immediately know it was a deputy who grabbed his arm from behind.

“I pulled back, and next thing I know, I was up against (a) wall,” said Torrey-White, who added that he had removed his hearing aids before going outside. “I didn’t hear a word.”

The Sheriff’s Office later cleared Deputy Williams of any wrongdoing.

He says he recently turned down an offer from prosecutors to plead guilty to disorderly conduct instead of obstructing.

Filed Under: business
Tagged: a

Related Questions and Answer about "Obstructing Justice: After he complained of excessive force, a 67-year-old man was charged with a crime."

It's common for those over 60 years of age to continue to work, whether it's to earn more money for retirement, prevent stagnation in later years or for another reason. Looking for a new job when you're close to retirement age can be a challenge, but there are plenty of opportunities for the older job candidate.

What was President Nixon charged with?

These articles charged Nixon with: 1) obstruction of justice in attempting to impede the investigation of the Watergate break-in, protect those responsible, and conceal the existence of other illegal activities; 2) abuse of power by using the office of the presidency on multiple occasions, dating back to the first year ...

What was Vauhxx Booker charged with?

Booker in July was charged with battery resulting in moderate bodily injury and trespassing in the Lake Monroe incident, which occurred on July 4, 2020. In that case, Booker, who is Black, alleged he was assaulted in a racist attack by two white men, Sean Purdy, 45, of Pittsboro, and Jerry E. Cox II, 39, of Danville.

Which federal court would a citizen of Missouri go to if they were charged with a crime?

Circuit Court: Court that has jurisdiction in criminal matters over all felonies. Complaint: Preliminary charge made by the state that a person has committed a specified offense.

How old was Aang when he became a master?

How old was Joseph Smith when he became a prophet?

The Visits of Moroninn Three years passed, during which Joseph Smith's declaration that he had seen God was treated with scorn and derision by others in his community. The young Prophet, now 17 years of age, wondered what awaited him.

How old was Manziel when he was drafted?

Manziel said Burkhardt told him to reach out to people over a month prior to the draft, but the then 22-year-old Manziel was not mature enough to take that business step, which would catch up to him as the picks went along on day one.Apr 26, 2018

Was Hamlet a black man?

Papaa Essiedu as Hamlet. Some actors wait their entire life for a career-defining role. Papaa Essiedu was just 25 when he became the first black actor to play Hamlet in the 61-year history of the Royal Shakespeare Company.

Can a man change for the woman he loves?

Did you know that according to Broadly, “studies show heterosexual men tend to fall in love, or believe they have fallen in love, much faster” than their female partners? Men want and need love too. And if you've ever asked, “will a man change for a woman he loves?” the answer is a resounding yes.

This provision allows for anyone who is above 16 to have sexual relations with another individual who is no more than 4 years younger than they are. Thus, a 14 year old and a 17 year old can consent to have sexual activity without fear of prosecution.Jun 17, 2018