You are here: Home › News in Category sports 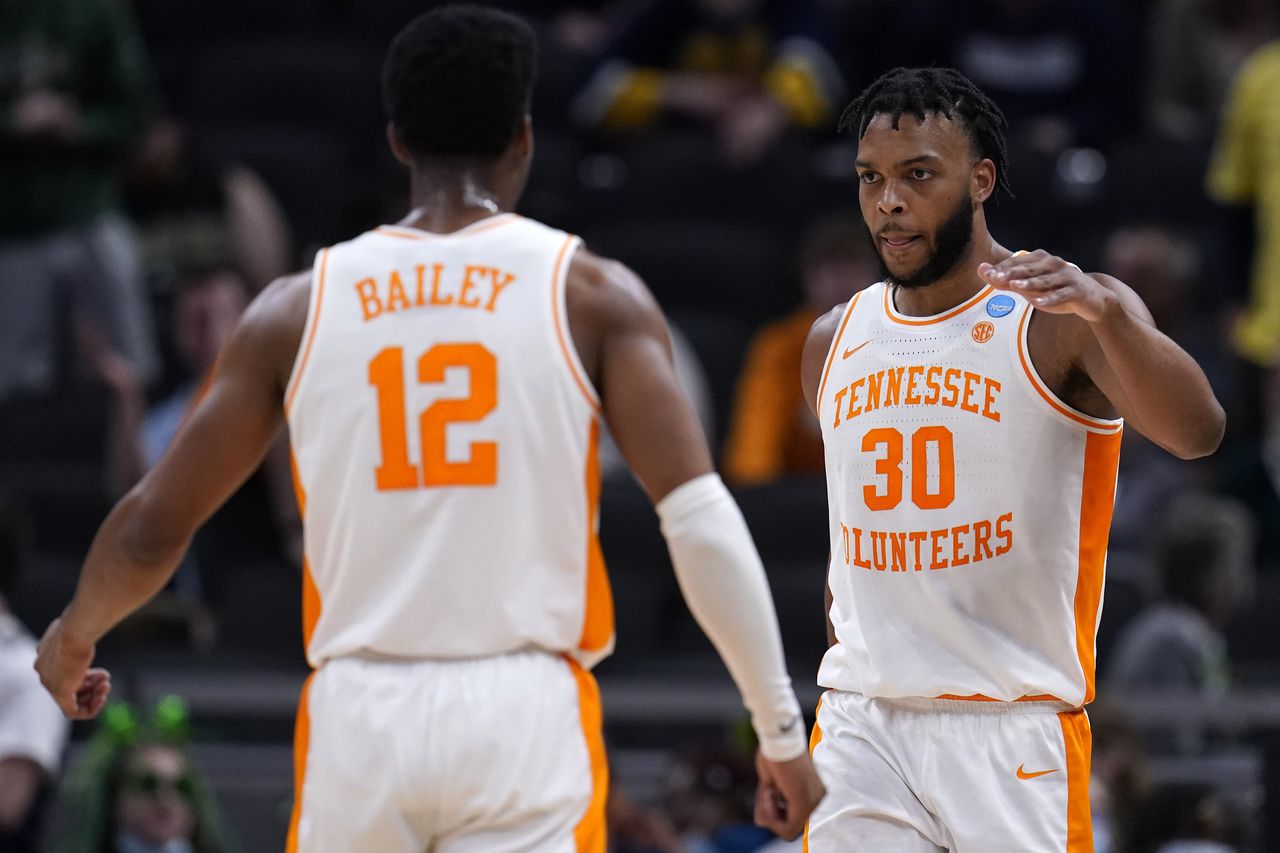 “He’s a big dude.”Dickinson will be at the center of Saturday’s NCAA Tournament second-round matchup between Michigan and Tennessee. That happened just after 11 seed Michigan rallied in the second half to beat 6 seed Colorado State 75-63. The Wolverines, Howard said, can’t get sped up. Much like Colorado State, Tennessee will have its hands full dealing with Michigan’s size. Michigan desperately wants to avoid a big first-half deficit like it faced against Colorado State. For the third straight season, North Dakota head coach Brad Berry was selected the recipient of the Herb Brooks Coach of the Year. The Fighting Hawks finished 17-6-1 in NCHC play and are 24-12-1 heading into this weekend’s Frozen Faceoff. Worrad put up 25 points in NCHC play, tying for second in the conference, and has compiled a career-best 42 points this season. For the second straight season, Western Michigan junior Ronnie Attard earned NCHC offensive defenseman of the year. Chrona started 22 NCHC games in net, posting a 16-6-0 record with a 2.16 GAA and a .907 save percentage, while helping DU win the Penrose Cup. 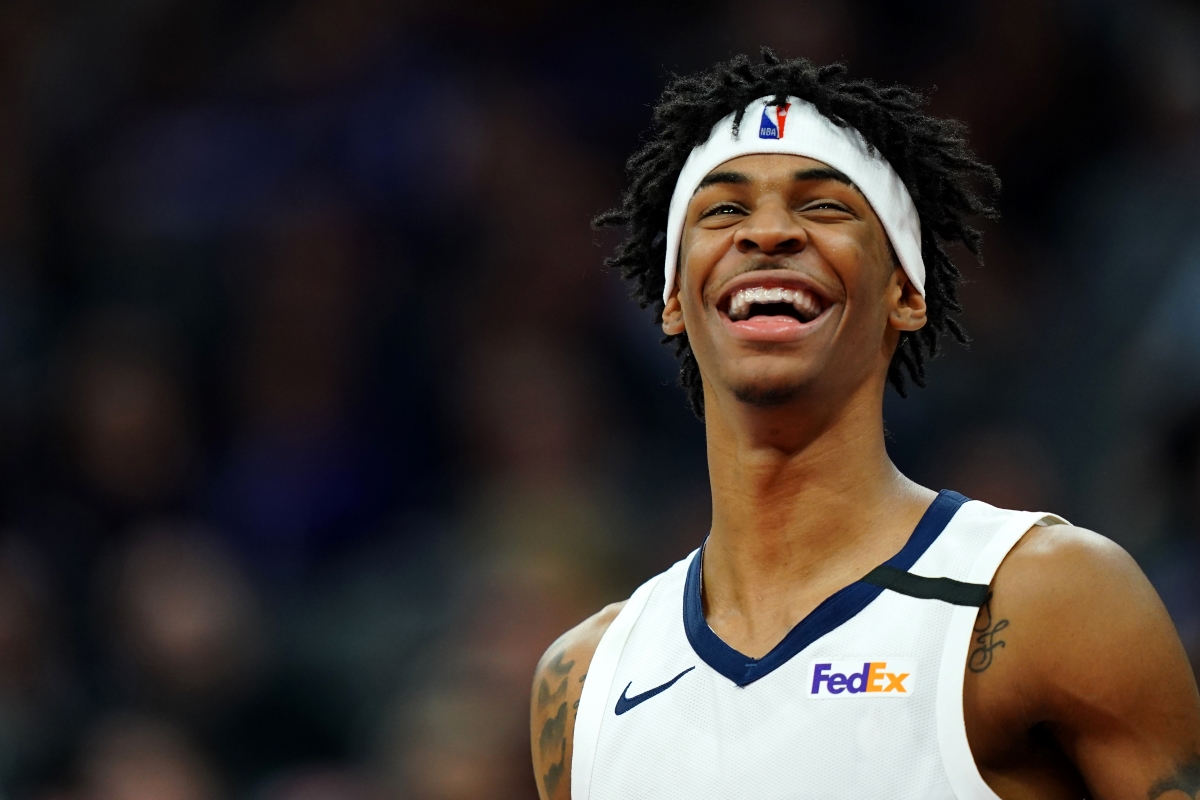 Ja Morant Fired a Shot at John Calipari and Kentucky After Their Stunning Upset Loss to St. PetersBefore becoming a bonafide NBA superstar, Ja Morant played his college basketball at Murray State, a small school located in Murray, Ky. He had an all-time performance in a first-round matchup with Marquette in the first round of the 2019 NCAA Tournament. Ja Morant naturally took a shot at Kentucky while praising his RacersJa Morant of the Memphis Grizzlies reacts during a game against the Sacramento Kings. John Calipari and Kentucky will now live in NCAA Tournament infamyKentucky became only the 10th team in NCAA Tournament history to lose a 2-15 matchup. RELATED: NCAA Tournament: Kentucky Head Coach John Calipari Has No Answers After Historic Upset Against Saint Peter’s

But just how good did Auriemma think Ducharme would be? Noble and Greenough wasn't widely known necessarily for its basketball, yet there was nowhere else Ducharme wanted to go. Upon her arrival at UConn, Auriemma began talking about the stoic freshman immediately. "She's like Carla Berube sneaky," Auriemma said on UConn's first day of practice, comparing Ducharme to the 1997 UConn grad. Ducharme played 29 minutes in the next game at Georgia Tech, double her season high. 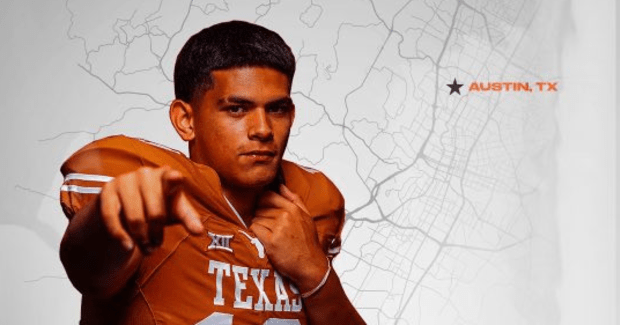 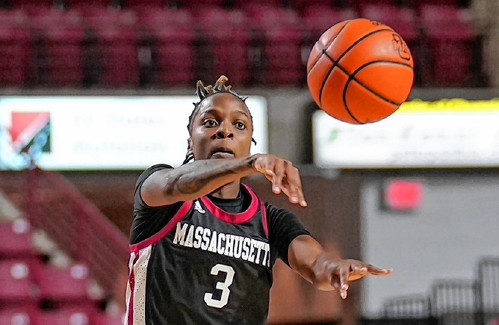 BRUNSWICK — Football has taken Brandon Dorsett across the country, from Maine to Colorado to Florida and various stops in between. But when the Brunswick High School head coaching position opened up, Dorsett didn’t hesitate. Dorsett was introduced as the next Brunswick High School varsity football coach Friday. Dorsett served as Westbrook High football head coach from 2019-21. IMG Academy fields some of the best players at the high school level in the nation, with many receiving Division I scholarship offers. 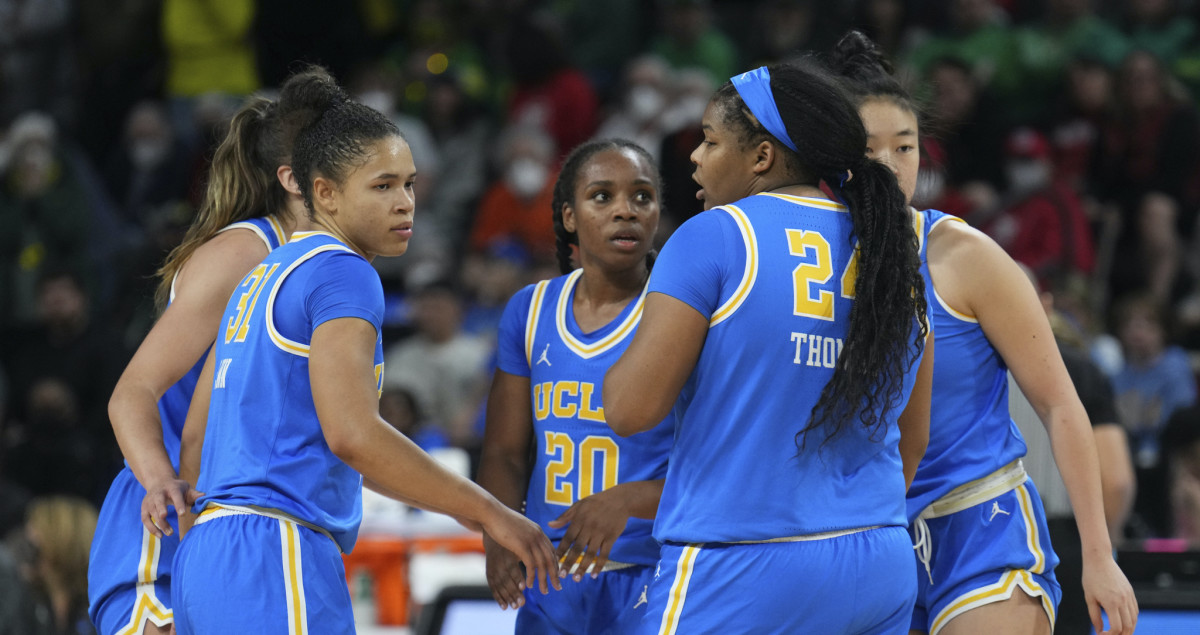 UCLA women's basketball (14-12, 8-8 Pac-12) will start its pursuit of its second WNIT title when it hosts UC Irvine at Pauley Pavilion. UCLA is 13-3 against teams it currently ranks above in the NET, and that accounts for most of the WNIT field of 64. That relatively clean path should push UCLA to the quarterfinals, where it could face Oregon State, San Diego, Portland or Colorado State. Overall, the only team in the field that likely could create a large issue for UCLA would be Oregon State — a team the Bruins lost to once before in 2022. Follow Connon on Twitter at @SamConnonFollow Royer on Twitter at @thebenroyerFollow All Bruins on Twitter at @SI_AllBruinsLike All Bruins on Facebook at @SI.AllBruinsSubscribe to All Bruins on YouTubeRead more UCLA stories: UCLA Bruins on Sports IllustratedRead more UCLA women's basketball stories: UCLA Women's Basketball on Sports Illustrated 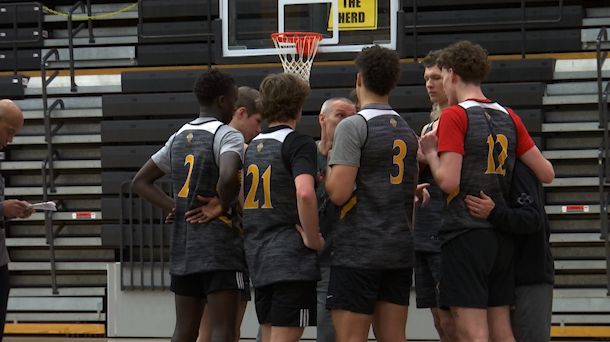 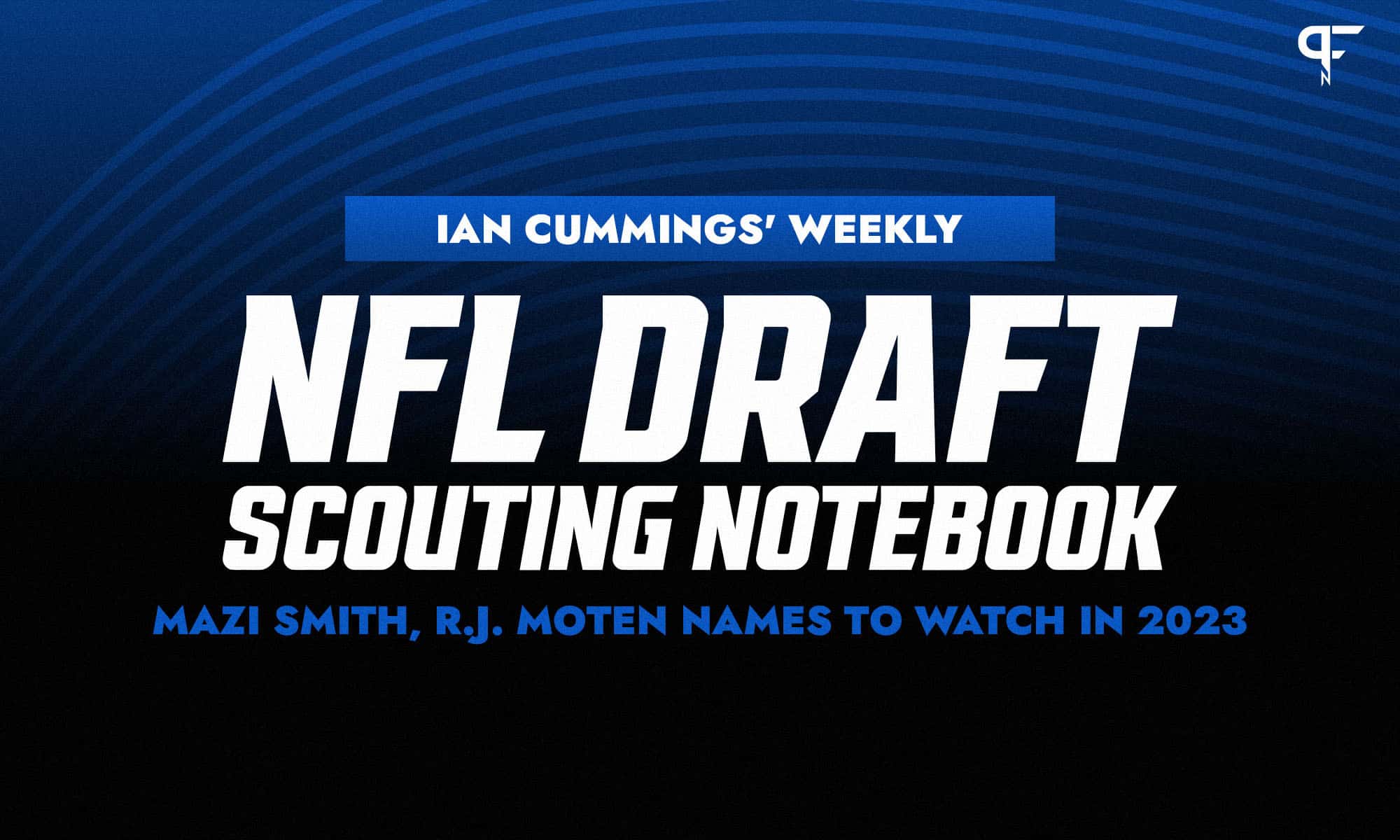 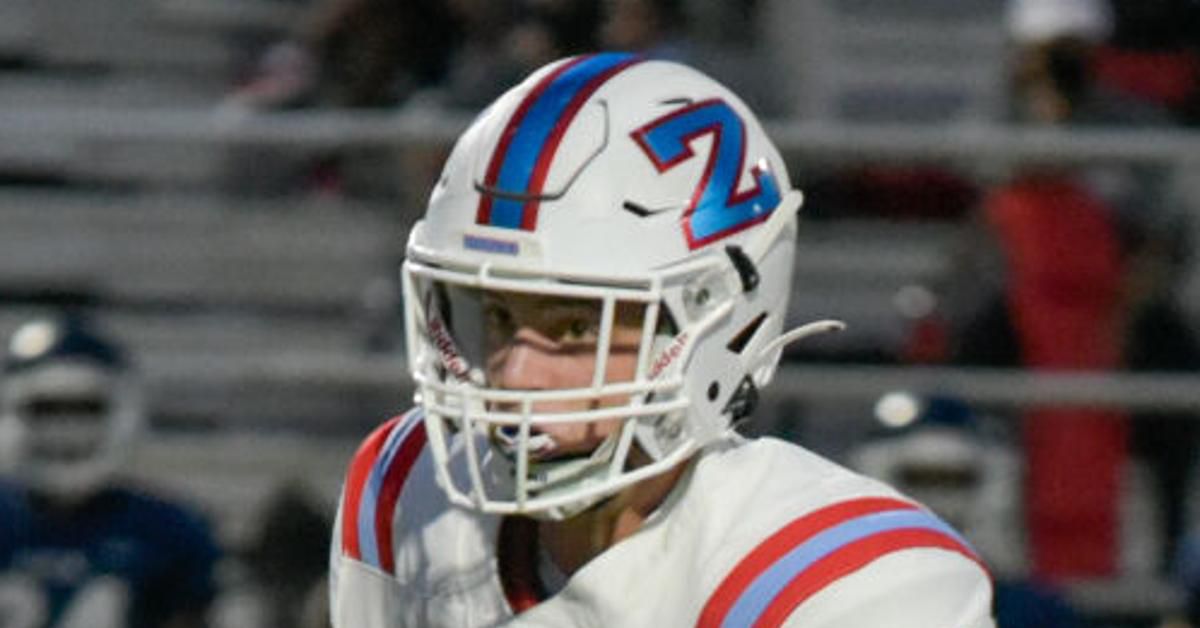 There’s still a ton of time left in the 2023 recruiting cycle (nearly 11 months to be exact), but Texas A&M just suffered a blow to their class on Friday afternoon, as four-star Louisiana QB Eli Holstein decommitted from the Aggies. Holstein certainly fit that bill, rising in recent rankings to be the No. With Holstein gone, the Ags will have to explore other options. Holstein initially committed to A&M in June 2021. While it’s unclear why his decommitment happened, you have to think that LSU may be a factor for the Louisiana native. 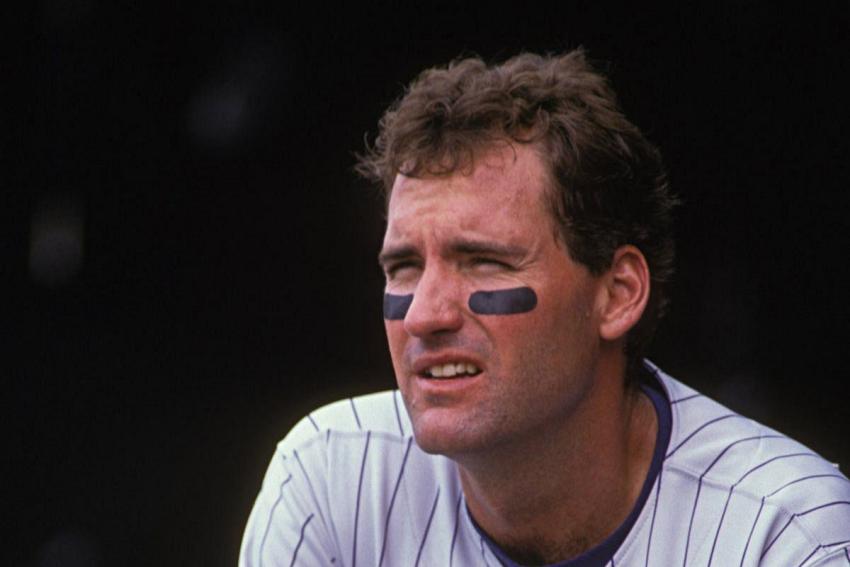 New Orleans area players found careers in baseball after playing daysWhile professional baseball players aspire to have lengthy major-league careers, the reality is that most of them won’t ever reach the big leagues. Butera was selected by the Tampa Bay Rays in the 35th round of the 2015 MLB Draft. He spent two minor-league seasons in the Rays organization, hitting.235 with three home runs and 31 RBIs. Butera’s father Barry Sr. and brother Barry Jr. also played minor-league baseball. After his playing career, he became a scout in the Tampa Bay Rays and Los Angeles Dodgers organizations. 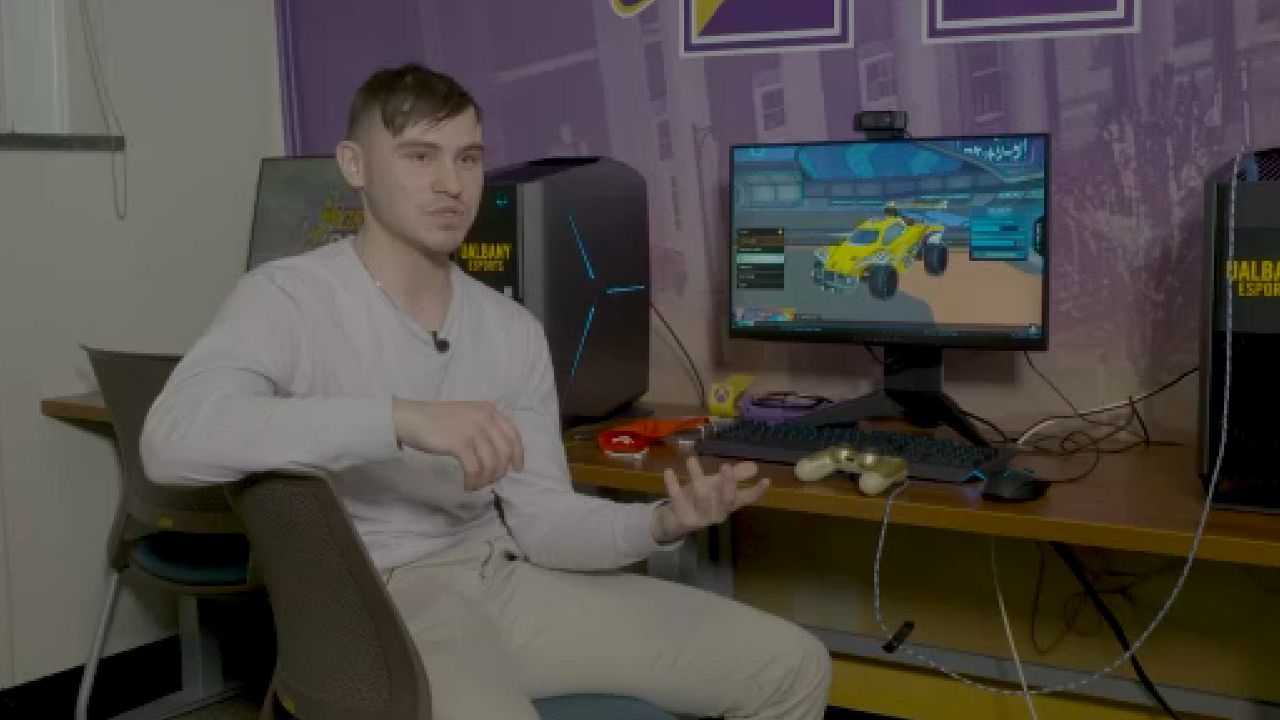 Hundreds of collegiate esports athletes are descending on Albany this weekend to attend part of HV Gamer Con 2022. Alex Klud is one of the athletes representing the University at Albany at the event. Now a 21-year-old junior at UAlbany, Klud is majoring in psychology and serves as a member of the Marine Corps Reserve. Klud is competing in the Eastern College Athletic Conference tournament at HV Gamer Con, along with hundreds of other athletes. With plans on the way for a new esports arena at UAlbany, the way the athletes see it, this is just the beginning for college-level play. TALLAHASSEE – Friday’s game between No. 8 Florida State and NC State has been postponed. The updated schedule for the series is below:Saturday, March 19 – 2:00 p.m. – ACCNXSunday, March 20 – 12:00 p.m. – ACCNXSunday, March 20 – 45 minutes after game one ends – ACCNXTickets for Friday night’s game can be redeemed for the second game Sunday. For more information on Florida State baseball, check Seminoles.com for the latest news and scheduling information, and keep up with the team on social media through Twitter and Facebook (@FSUBaseball) & Instagram and TikTok (@NoleBaseball).

Gonzaga men's basketball has Oregon and Portland influence all overFrom head coach Mark Few to an up and coming freshman, the national title favorites have a deep connection to the PNW. Everyone sees the stars of the Gonzaga men's basketball team. 1 overall seed in the NCAA men's basketball tournament and are playing Memphis on Saturday in the second round. Michaelson played high school basketball for Jesuit High and won a state title with the Crusaders in 1999 as a junior and led them back to the semifinals as a senior. Players like Jalen Suggs and Chet Holmgren come to mind as both were highly sought after out of high school and chose the private school in Spokane, Washington. 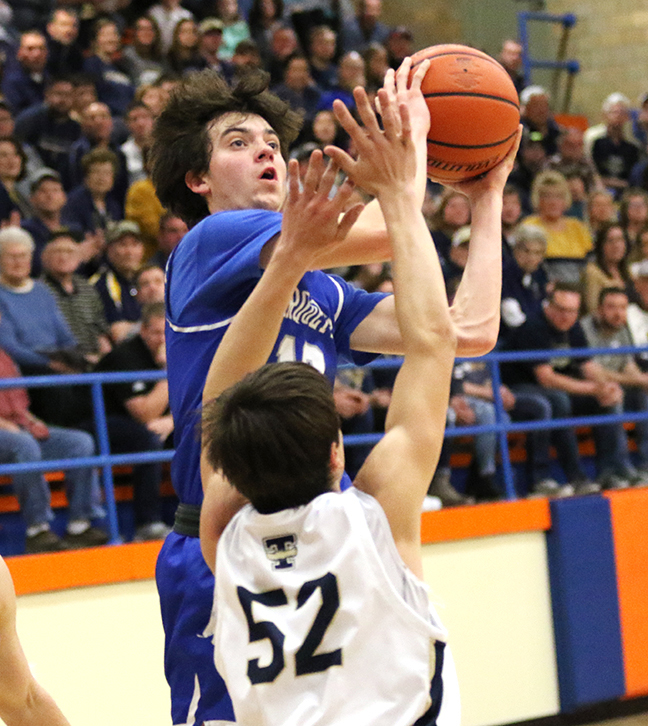 The 75th Gallatin Awards banquet will celebrate the Diamond Jubilee basketball dinner at 6 p.m. Sunday at the Best Western Premier Hotel in Alton. Player of the Year awards headline a banquet honoring players from River Bend high schools Alton, Civic Memorial, East Alton-Wood River, Roxana and Marquette Catholic. It was best known as the Alton Exchange Club Basketball Awards banquet, but it began as the High Twelve Club banquet to name what was originally carried the title of Alton Telegraph Player of the Year. The second annual High Twelve Club Basketball Awards banquet in 1947 featured Washington University athletics director Blair Gullion as speaker for a dinner crowd of 206 at the Masonic Temple. In 1994, arriving a bit late to the party, the Exchange Club expanded its awards banquet to include girls basketball with Marquette’s Amie Gernigin the first POY. 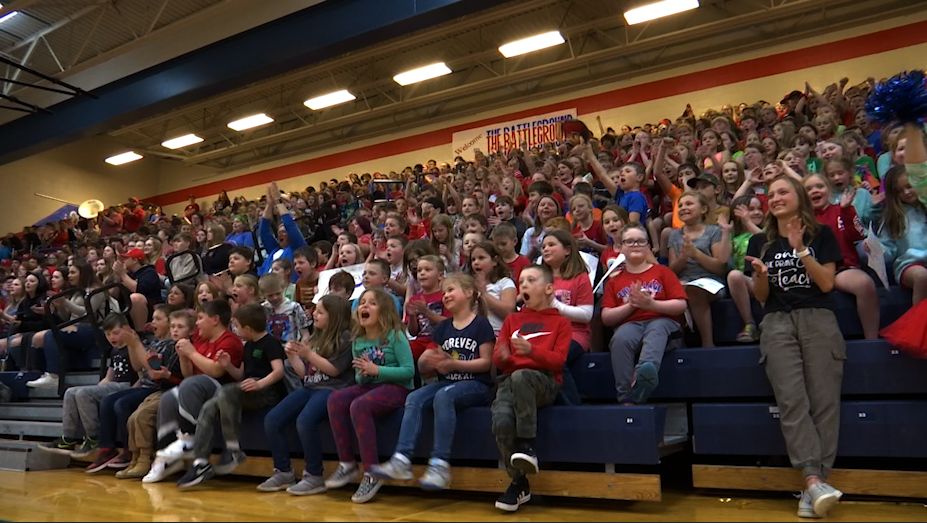 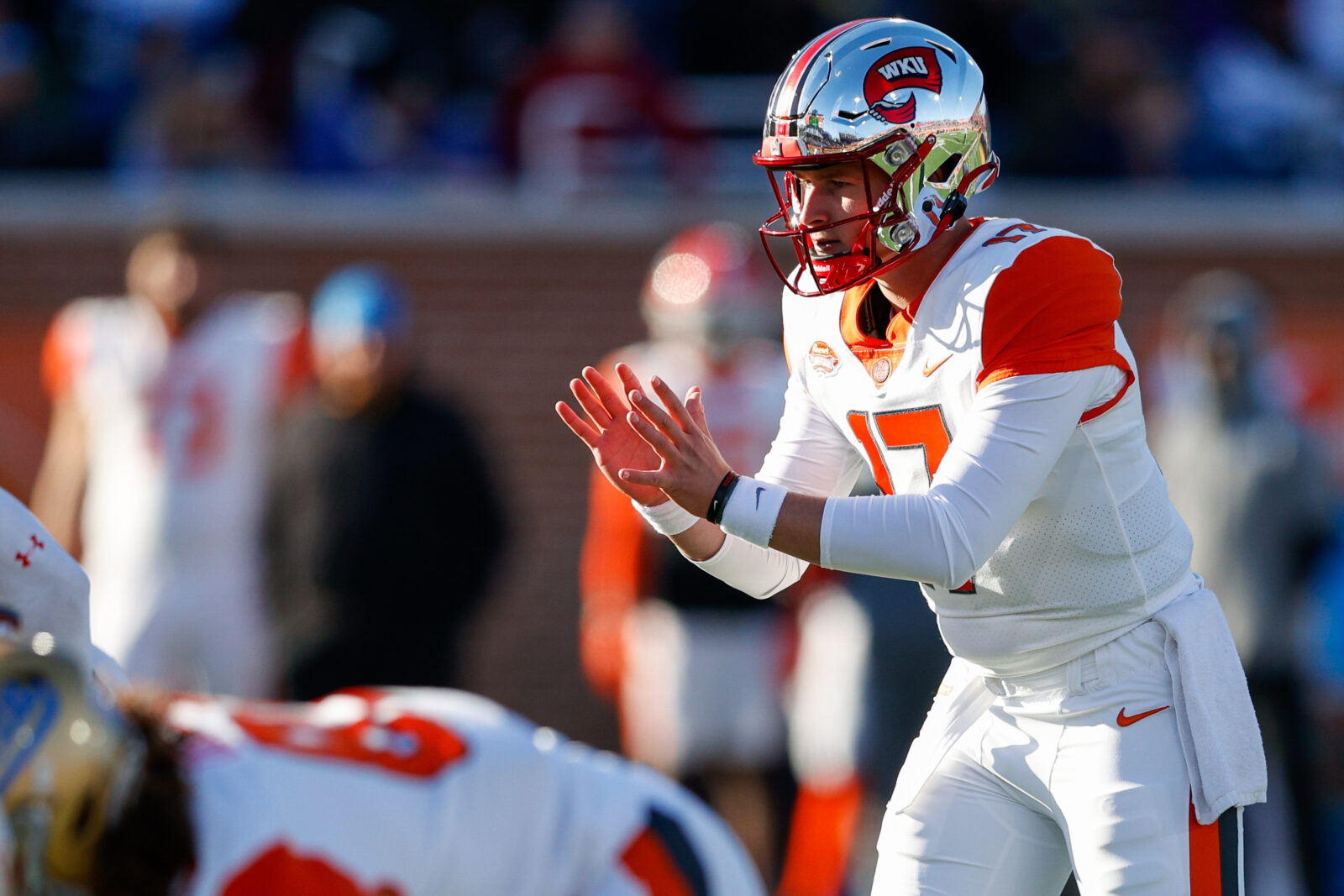 There Is a Case Keenum in the 2022 NFL DraftFeb 5, 2022; Mobile, AL, USA; American squad quarterback Bailey Zappe of Western Kentucky (17) in the second half against the National squad during the Senior bowl at Hancock Whitney Stadium. Mandatory Credit: Nathan Ray Seebeck-USA TODAY SportsWestern Kentucky Quarterback Bailey Zappe looks like the carbon copy of the former Vikings fan-favorite Case Keenum. Just like Keenum, Zappe is a true gunslinger. After the shortened 2020 season, he entered the transfer portal and committed to transfer to Western Kentucky. Image courtesy of Vikings.comThat sure sounds just like Case Keenum, who had this role for over a decade now. 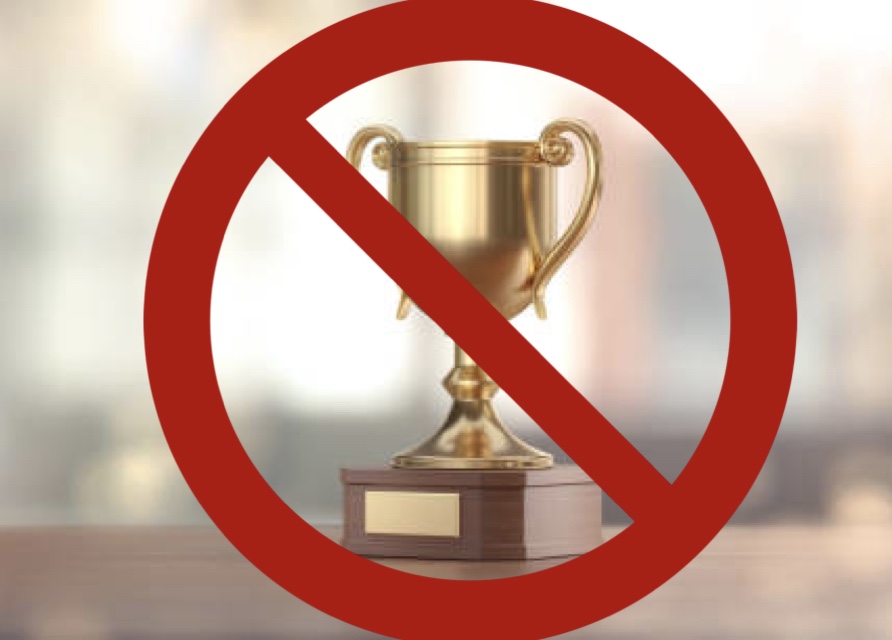 Friday Feature: March 18, 2022By: Vinny PaganoIt has become an era “me too” and “it’s not fair”. I do not know when all this really became acceptable, but I do think it started around the time of participation trophies. You know a trophy for just being on the team, not for winning a championship or tournament. The moment in the sun is what made others work harder so they can get their moment in the spotlight. – Vinny Pagano is the Sports Editor for Columbus County News and Sports Director for WTXY Kool 103.9FM & AM1540.